Got milk? Mark Vanderloo did, when he landed, by happenstance, a national commercial for Holland's dairy board 10 years ago. That since has led to a lucrative modeling career for him. Mark Vanderloo, born in Waddinzveen, Holland, has been and still is one of the top male models in the world.

At thirteen, Mark was the hardest working paperboy in town, running three routes. Later on, he worked in bars and cafes, and everything he made, he'd spend. At 22, he entered the University of Amsterdam to study History. Mark was discovered while accompanying a model girlfriend one day to a shoot. He soon found himself modeling for the very first time. The photographer placed him in a milk commercial. But, Mark hated the way he looked in the pictures and thought that was the end of a very short modeling career. A local agency liked the pictures and came after him, offering him money to travel. After six penniless months at college, he found the offer impossible to resist.

Hungry for a male supermodel, the industry pounced on the broad-shouldered boy. In 1994, Mark moved to Manhattan, bought a pair of rollerblades and became Calvin Klein's Eternity model. (Yes, that one-the guy in the white briefs, rolling around in the sand.) By the following season, he had become a print sensation. His live appearances in the Calvin Klein, Versace, Hermés, Valentino and Boss shows brought in screaming girls (and men) and much needed attention to men's fashion.

In 1995, Mark landed the role as face and body of Boss' couture and ready-to-wear lines. Three other male models, including Vanderloo's best friend, Alex Lundqvist, joined him to become the Fashion Fab Four. (The other two are Jason Lewis and Keith Mallos) The troupe ruled the runways. In 1996, they became the first men to appear on the cover of Marie Claire. Donna Karan hired Mark that year for a hush-hush spring ad campaign, launching her new men's collection. While print remained Mark's bread and butter, he continued to balance a schedule of up to 50 shows per year. VH1's Fashion and Music Awards also named him Male Model of the Year.

Mark has appartments/houses in New York City, Paris and Amsterdam. He dated supermodel Carolyn Murphy for years, was married to supermodel Esther Cañadas. Mark tells you he has the greatest job in the world-not only for its material benefits but for putting him to work with some of the most amazingly creative minds. He gives everything of himself to his work, even of his very soul, so that he says when he looks at one of his pictures, he can always tell what he was feeling when it was taken. 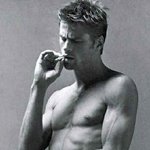 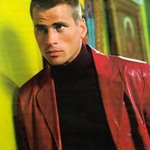 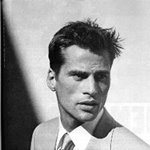 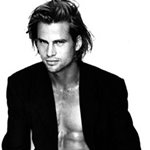 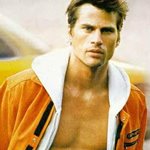 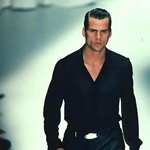 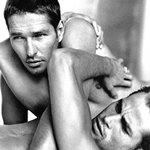 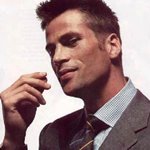