Marina And The Diamonds Bio - Biography

Marina Lambrini Diamandis, also known by stage name Marina and the Diamonds (sometimes stylised as Marina & the Diamonds), is a Welsh singer-songwriter and musician. She rose to fame after reaching number two on the BBC Sound of 2010 poll list, coming second to Ellie Goulding. After releasing one private EP, Diamandis released her second extended play, The Crown Jewels EP, with help from Neon Gold Records, in 2009. Now signed to 679 Recordings, she released her debut full length studio album, The Family Jewels, followed by her third extended play, The American Jewels EP, in 2010. In 2011, Diamandis announced that she was working on her second album, Electra Heart, which was released in April 2012 and went to No. 1 in the UK and Ireland.

Her stage name, "Marina and the Diamonds", consists of Diamandis' first name and the translation of her surname, which means "Diamonds" in Greek. According to her, "The Diamonds" are not her backing band, but her fans.

For her second album, Diamandis recorded material with producers Cirkut, Guy Sigsworth, Labrinth, Greg Kurstin, Diplo, Dr. Luke, Stargate and Liam Howe. A promotional single, "Radioactive" produced by Stargate, was released in October 2011 (reaching number twenty-five in the UK), followed by a demo of the song "Starring Role" in November and a video titled PART 3: "THE ARCHETYPES" in December.[38] Electra Heart was released in April 2012. The album made its debut at number 1 in both the United Kingdom and Ireland making it her first album to do so, the album also performed well in Europe, Australia and became her highest charting album in the US peaking at 30. The album was preceded by the single "Primadonna" produced by Dr Luke and Cirkut. "Primadonna" has not only become Diamandis' highest peaking UK single to date, it is also her most successful single internationally, reaching platinum status in Ireland for sales exceeding 15,000 units and attaining number No. 4 on the New Zealand chart and platinum status. "Power and Control" served as the second single from the album in the United Kingdom, however "How to Be A Heartbreaker" (which features on the US edition of the album) is the second single.

For Christmas, the singer performed a cover version of the famous Christmas single Have Yourself a Merry Little Christmas, whose video is posted on the web on Christmas Day.

Marina And The Diamonds Photos 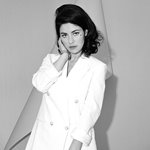 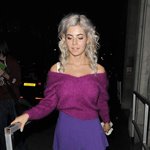 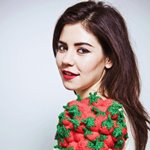 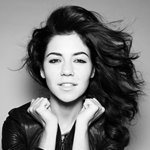 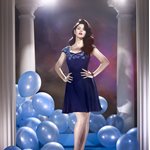 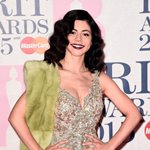 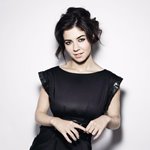 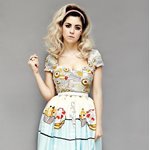