At the age of 16, while still a junior in high school, Maitland Ward kicked off her acting career and immediately scored her first big break when she was cast as Jessica Forrester in the popular CBS soap opera "The Bold and the Beautiful" (often called "B&B" or less commonly, "Bold"). She played the character from 1994 to 1996 and her performance has won her a Young Artist Award for Best Performance by a Youth Actress in a Daytime Series and nominated her a Soap Opera Digest Award for Outstanding Female Newcomer.

After her stunning debut in "The Bold and the Beautiful," Ward was spotted as a guest in an episode of USA Network's teen sitcom "USA High" and ABC Emmy-winning sitcom "Home Improvement." She also appeared in the made-for-television movie "Killing Mr. Griffin" (1997), a cheesy high-school thriller based on the novel by Lois Duncan in which she co-stars with Jay Thomas and Mario Lopez, and made her first film, "A Bold Affair" (1998), a decent thriller directed by Rick Jacobson.

In 1998, Ward landed another prominent role, this time as Rachel Kimberly McGuire, who dated Matthew Lawrence's Jack Hunter, in the hit ABC teen sitcom "Boy Meets World." She stayed in the show during its sixth and seventh seasons (1998-2000). Afterwards, she teamed with Sean Astin, Matthew Lillard, Brian Dennehy, and Shannon Elizabeth for the romantic drama comedy movie "Dish Dogs" (2000; V), and went on to guest star in the Fox high-school drama series "Boston Public" and in the pilot episode of the CBS short-lived sitcom "Out of Practice."

Meanwhile, Ward was cast as Brittany Wilson in Keenen Ivory Wayans' comedy film "White Chicks" (2004), starring Shawn Wayans and Marlon Wayans. She was most recently seen as a guest star in a February 2007 "Young and the Restless" episode of the CBS comedy "Rules of Engagement." 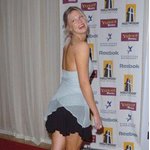 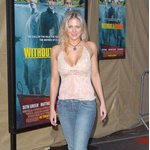 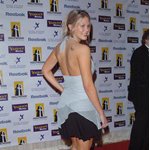 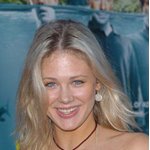 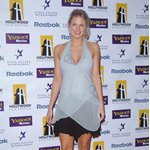 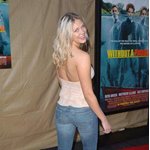 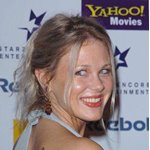