Born Lucy Jane Baker in Reading, Berkshire, England, she took the stage name of Benjamin after her brother. Her first acting role was as a child actor in Doctor Who in 1983. In 1989 she starred in the hit children's television programme Press Gang, where she played Julie Craig. She left after the first series for another role, but returned for the fourth and final series until 1993, where her role was expanded somewhat. In 1995 she appeared in the Adrian Edmondson and Rik Mayall comedy Bottom. However, she is best known for her role as Lisa Fowler in the BBC soap opera EastEnders which she played from 1998 to 2003.

During her time on EastEnders, Benjamin was involved in one of the soap's most renowned and highly anticipated storylines, known as Who Shot Phil? (2001). The storyline centred around the shooting of her on-screen lover Phil Mitchell and who, out of the many potential candidates, actually performed the dastardly deed. Several suspects emerged and the audience was kept in the dark as to who the actual shooter was for many weeks. Benjamin's character was eventually unveiled as the shooter. However, despite her heavy involvement in the memorable plot, Benjamin was asked to leave the soap in 2002 as producers felt her character had run its course and there was no story options left for her at present.At the time she admitted that her axing from the show 'gutted' her and 'it felt like a punch to the stomach' She was asked back for a short period in 2003 however, to help with the oncoming exit of Steve McFadden, who was taking a hiatus from the hit soap.

Since leaving EastEnders, Benjamin has appeared in the BBC television programme The Afternoon Play, and the BBC hospital drama Casualty. She has also appeared in pantomimes across London as well as touring for 6 months in a play called Framed where she starred with Tom Craig from Coronation Street.

In April 2006 it was reported in The Daily Mirror that Benjamin is in talks with EastEnders about reprising the role of Lisa Fowler,benjamin however has confirmed in a recent interview[which can be seen on youtube] that all rumours of her returning to eastenders were rubbish and that the programme was not in contact with her.She did however not rule out a return saying 'never say never'.


In June 2006, Benjamin appeared on The X Factor: Battle of the Stars, where she was the outright winner.

In October 2006 Benjamin appeared in an episode of the BBC medial drama Doctors. 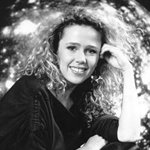