Linda Gray is an award winning actress, an accomplished director, a United Nations Ambassador and one of the world’s most recognized and admired stars.

Her award winning portrayal of ‘Sue Ellen’, in the legendary TV phenomenon DALLAS, brought her international fame and critical acclaim, earning her an Emmy nomination for Best Actress, Germany’s Bambi Award (which is equivalent to the United States Academy Award), Italy’s Il Gato for Best Actress on television, and she was voted Woman of the Year from the Hollywood and Radio Television Society. After eleven unrivaled years on television, DALLAS is still in syndication around the world and still enthralling audiences. It was during this time that Linda made her directorial debut on DALLAS, gaining experience working as a director on the show.

She most recently starred in London’s West End production of The Graduate, playing ‘Mrs. Robinson’ to sell-out audiences and rave reviews and replaced Kathleen Turner on Broadway during Turner’s vacation from the play. She continued this role for a special two-month engagement in November and December of 2003 playing in key American cities to standing room only theatres.

She is currently guest starring in CBS TV’s most popular daytime drama THE BOLD AND THE BEAUTIFUL.

In April 2000, Linda made her theatre-directing debut with Murder In The First, a play adapted from the film version, written by Oscar nominated Dan Gordon, whose impressive film credits include HURRICANE. She starred in the award winning and controversial play The Vagina Monologues for a limited engagement in January in Atlanta and in March in Beverly Hills, California.

Linda began her professional acting career on MARCUS WELBY, M.D., and soon after Normal Lear cast her in the comedy series ALL THE GLITTERS.

Linda’s television credits include LOVEJOY with Ian McShane, HAYWIRE with Jason Robards, THE TWO WORLDS OF JENNIE LOGAN playing a duel role, NOT IN FRONT OF THE CHILDREN with John Lithgow, THE WILD AND THE FREE, MURDER IN PEYTON PLACE and HIGH RISE.

In the mid-90’s Linda starred in a series of television fact-based movies for NBC, including WHY MY DAUGHTER?, THE GAYLE MOFFIT STORY and BROKEN PLEDGES: THE EILEEN STEVENS STORY, as well as numerous other television movies including HIGHWAY CASANOVA and ACCIDENTAL MEETING. Most recently, Linda guest starred in the CBS hit TV series TOUCHED BY AN ANGEL. She took part in the CBS environmental special, WHAT ABOUT ME … I’M ONLY THREE, which was particularly meaningful to her as she is actively involved in world conservation and environmental issues.

She also guest starred as Heather Locklear’s mother in Aaron Spelling’s MELROSE PLACE, and also starred in Spelling’s TV series MODELS, INC. Linda reprised her role as ‘Sue Ellen’ in the CBS-TV movie DALLAS: JR RETURNS, re-uniting her with Larry Hagman and once again taking them to the top of the TV ratings around the world.

Among the projects that Linda executive produced, she was most proud of the two-hour community cable program, SANTA MONICA: A COMMUNITY CARES. This was a joint venture between the Director’s Guild of American and the City of Santa Monica cable television, City TV.

Linda served as executive producer and mentor to 16 DGA women who gave their time and creative talents to produce and direct video projects for different charities in the Santa Monica area, highlighting the charities and services they provide to seniors, the homeless, the disabled and others in need. As Linda says, “It’s a win, win program – a win for the women directors and a win for the community”. The special is currently airing on Santa Monica TV and on Los Angeles City View.

Adding yet another title to her vast resume, Linda is following in the footsteps of the late Audrey Hepburn, being named Ambassador of Goodwill for the United Nations. “My role is to meet people, listen to what they have to say and see what we can do to help” says Linda. She has already completed her first mission to Nicaragua, creating a documentary film for the United Nations on women and children’s health issues. Her next project mission will take her to India.

Linda made her stage-acting debut in the critically acclaimed drama LOVE LETTERS at the Canon Theatre in Beverly Hills and receiving rave reviews, she toured in the play with Larry Hagman, throughout the United States and Europe. She also appeared on stage in the award-winning play Agnes of God in Vienna at the prestigious English Theatre, to sell out audiences.

Linda has formed her own production company, L.G. Productions, and has several projects in development. She is currently in pre-production on an original story and will make her motion picture directorial debut later this year. She resides in Los Angeles, California. 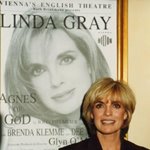 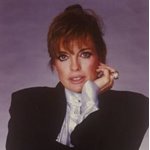 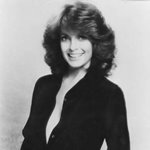 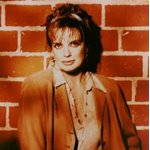 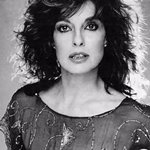 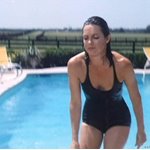 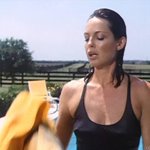 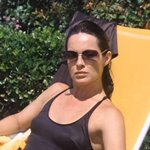