Kiely Alexis Williams (born July 9, 1986 in Alexandria, Virginia) is an American singer, actress, writer, and dancer most notable for singing in the girl groups 3LW (3 Little Women) and The Cheetah Girls.

Williams learned to sing and produce music in her home where her mother, who was a music artist manager, had a recording studio.

Williams first came to prominence as a member of the group 3LW. In 2001, as a member of 3LW, Williams earned two Lady of Soul Awards for "Best R&B/Soul Album for a group" and "Best New R&B/Soul Band or Duo". As a member of 3LW, she toured with Nelly, NSync and Destiny's Child. She's also starred in The Cheetah Girls films with fellow former 3LW member Adrienne Bailon. Following the success of The Cheetah Girls and its multi-platinum soundtrack, Williams, along with fellow stars of the film Adrienne Bailon and Sabrina Bryan created The Cheetah Girls as an actual singing group and began touring the US. The Cheetah Girls released their holiday album in October 2005 entitled Cheetah-Licious Christmas. The girls released their first official studio album, TCG, on September 25, 2007. 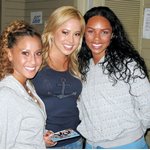 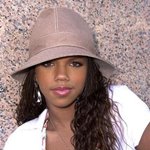 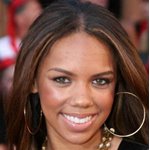