Kandi Burruss is an American R&B singer-songwriter, actress, record producer, and television personality. She is also a former member of the group Xscape from Atlanta. After the disbanding of Xscape, Burruss began to focus on production and songwriting. In 1999, Burruss teamed with bandmate Tameka "Tiny" Cottle to score the international number one hit "No Scrubs" for TLC. The single received a Grammy for Best R&B Performance by a Duo or Group with Vocal, MTV Video Music Award, Billboard Music Award and Soul Train Music Award. That same year, Burruss scored a hit for Destiny's Child on their second album, "The Writing's on the Wall". "Bills, Bills, Bills", also topped the Billboard "Hot 100" chart & was followed by their second single "Bug a Boo", also penned by Burruss. Kandi would go on to work with then newcomer Pink by penning her debut single "There You Go" off Pink's debut album "Can't Take Me Home".

In early 2006, Kandi began work on her second album. The first single, "I Need", was a promotional single only. It featured rap duo 8Ball and MJG. Another song, "Keep It Gangsta" featuring rapper Lil Scrappy, was also set to appear on the album, although it was never released as a promo single. Failing to generate any buzz, plans for the new album were temporarily put on hold. Burruss then teamed with Atlanta female rapper Rasheeda to form the duo Peach Candy, signed to D-Lo Entertainment. Their first single, titled "Bam", got little airplay and plans for this album were also put on hold. PeachCandy EP was released on iTunes with a 5-track lineup.

In 2009, Kandi joined the second season of the Bravo reality series, The Real Housewives of Atlanta, and went back to work on her second album, then titled B.L.O.G.. Her debut EP, the Fly Above EP, was released on October 29, 2009. The album will be released on her own record label, Kandi Koated Entertainment, and possibly Capitol Records, although the EP will only be released on Kandi Koated Entertainment. The album is confirmed to feature appearances from artists such as Rick Ross, Rasheeda, Gucci Mane and possibly Missy Elliott. Despite speculation that the lead single would be either "I Like Him" featuring Rick Ross and Rasheeda or "Trade Him In" featuring Gucci Mane, the lead single, "Fly Above", was released on October 6, 2009. It was later dubbed a promo single. Kandi signed a record deal with Asylum Records in early 2010 and released her second album, Kandi Koated, on December 14, 2010. 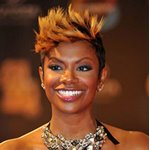 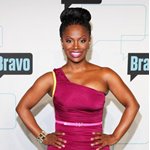 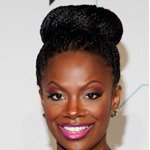 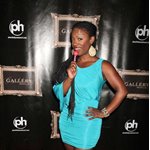 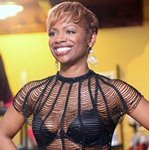 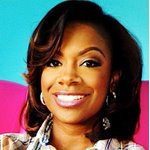 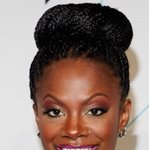 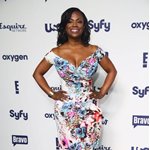