Joey Logano is an American stock car auto racing race car driver who will drive the No. 22 Shell / Pennzoil Ford Fusion in the Sprint Cup Series for Penske Racing in 2013. He previously drove for Joe Gibbs Racing from 2008 to 2012, collecting 2 wins, and 41 top 10 finishes.

Logano's first major NASCAR win came during the Meijer 300 at Kentucky Speedway in just his third start in the 2008 Nationwide Series. Logano made history becoming the youngest driver to win a Nationwide Series race at 18 years, 21 days old. The previous youngest was Casey Atwood in 1999 at 18 years, 313 days. Logano became the youngest winner in Sprint Cup Series history when he won the 2009 Lenox Industrial Tools 301 at New Hampshire Motor Speedway at 19 years, 35 days. The previous youngest was Kyle Busch in 2005 at 20 years, 125 days. Logano is now the youngest winner in two of NASCAR'S three top divisions. Logano is also the first NASCAR driver born in the 1990s that has competed in NASCAR's three major divisions. Logano made his NASCAR Nationwide Series debut at the Dover International Speedway in the 2008 Heluva Good! 200. Logano became the youngest winner in Nationwide history by winning his first major NASCAR series race at the 2008 Meijer 300 in only his third start, previous holder of the achievement was Casey Atwood On July 10, 2009, Logano won the Dollar General 300 by deciding not to pit unlike his teammate Kyle Busch who took four tires with twelve laps to go. By leading the pack, the clean air made it easy to beat Joe Gibbs Racing teammate Kyle Busch by five car lengths making it the first time he won at the racetrack in Chicago.

He took his fifth series victory at the Kansas Speedway after a late race pass over teammate Kyle Busch. He earned his sixth Nationwide series victory at the Auto Club Speedway. In April 2009 Joey won the NASCAR Nationwide Series race in Nashville. On July 1, 2011, he won the Subway Jalapeño 250 at Daytona International Speedway, avoiding a last second crash. In mid-2011, Logano made a cameo appearance in the A&E series The Glades, in the episode "Moonlighting", as himself. 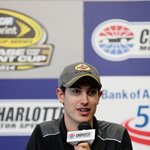 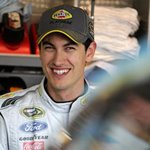 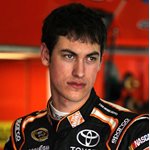 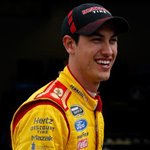 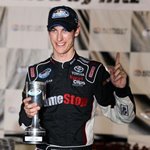 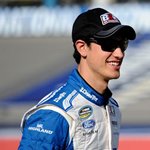 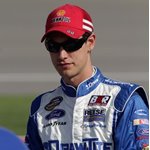 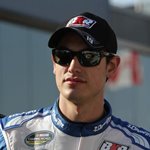