Cocker was born on 20 May, 1944 at 38 Tasker Road, Crookes, Sheffield. He is the youngest son of a civil servant, Harold Cocker, and Madge Cocker. According to different family stories, Cocker received his nickname of Joe either from playing a childhood game called "Cowboy Joe" or from a neighbourhood window cleaner named Joe. Cocker's main musical influences growing up were Ray Charles and Lonnie Donegan. Cocker's first experience singing in public was at age 12 when his elder brother Victor invited him on stage to sing during a gig of his skiffle group. In 1960, along with three friends, Cocker formed his first group, the Cavaliers. For the group's first performance at a youth club, they were required to pay the price of admission before entering. The Cavaliers eventually broke up after a year and Cocker left school to become an apprentice gas fitter while he pursued a career in music. 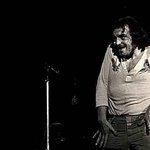