In a relatively brief space of time Joanna Page has amassed a varied list of credits in prestigious projects for film, television and the stage, most recently completing shooting a lead role in ITV's Making Waves and will shortly begin shooting the series Mine All Mine.

Page graduated from London's esteemed Royal Academy of Dramatic Art in 1998. Since then, she has been seen in the productions As You Like It (Buckingham Palace Gala); The Prime of Miss Jean Brodie and The Mysteries (both for the National Theatre); Doomsday (National Cottesloe); and Camera Obscura (Almeida Theatre).

In addition to the upcoming Making Waves, Joanna's television work includes roles in David Copperfield, The Cazalet Chronicles, The Lost World and Ready When You Are Mr. McGill (all for the BBC). 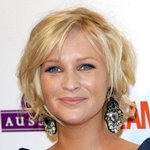