Jessalyn Gilsig has an extensive list of theater credits to her name. A graduate of McGill University in Montreal, Canada, Gilsig received her theatrical training at the American Repertory Theatre's Institute for Advanced Theatre Training at Harvard University. Among the American Repertory Theatre projects in which she appeared are "The Cherry Orchard," "Henry V," "The Oresteia," "Tartuffe" and "The Tempest." She also appeared in the Alliance Theatre production of "The Last Night of Ballyhoo," and in numerous other live productions and television commercials.Born and raised in Montreal, Canada, Jessalyn Gilsig got her first taste of showbiz at age 12 when she supplied her voice for animator Co Hoedeman's Masquerade (1984), a short produced by the National Film Board of Canada. She next acted in the 29-minute short The Journey Home (1989), another Film Board production, and made her first appearance in an American movie later that same year in a cameo role as a girlfriend in the romantic drama Jacknife, starring Robert De Niro. Returning to voice acting, the actress got parts in a couple of cartoon series in 1992, including the syndicated show “Young Robin Hood.”

After college, Gilsig headed to America where she took a two year course at Harvard University's esteemed American Repertory Theatre (ART) in Cambridge, Massachusetts, and appeared in the school's production of the Aeschylus trilogy “The Orestia” in 1994. Upon completing her training in 1995, she moved to New York City but soon returned to Cambridge to work in the professional company at The American Repertory Theatre. Her credits with ART included “The Tempest” (1995, as Miranda), “Tartuffe” (1996), “The Cherry Orchard” and “Henry V.” Gilsig made her New York stage debut in “Mere Mortals and Others,” a collection of six one-act plays produced at Primary Stages in 1997. She then received a costarring role in 1998's “Gun-Shy,” a presentation at Playwrights Horizons.

Also in 1998, Gilsig revisited the big screen after nearly a decade with a lead voice role as Kayley in the animated feature Quest for Camelot, which was nominated for an Oscar for Best Music, Original Song. A supporting role as Kristin Scott Thomas' Assistant, Lucy, in Robert Redford's drama The Horse Whisperer (1998) followed before she worked as a TV actress in the late 1990s as a guest star in several TV series, such as the syndicated “Viper” (1998) and the UPN shows “The Sentinel” and “Seven Days” (both 1999). She also made her first TV movie in the 1999 Showtime A Cooler Climate, where she portrayed the alienated daughter of Sally Field.

However, Gilsig did not start her affiliation with David E Kelley until she landed a recurring role on the crime series “The Practice” in 1999. There, she impressively played Assistant District Attorney Jennifer Liner, a performance that led to her being named the successor to Paula Marshall on the ABC series “Snoops” (1999). Unfortunately, the show was pulled off the air before she could appear in any episodes. 1999 also found the actress playing the young incarnation of Julie Harris' Annalise in a New York production of “Scent of the Roses.”

Gilsig's big breakthrough arrived in 2000 when she was reunited with Kelley for his new show on Fox, “Boston Public,” where she starred as the high-minded social studies teacher Lauren Davis. Kelly wrote the part especially for her. She stayed with the controversial drama until the end of the season in May 2002. The reason of her departure was never officially revealed.

In August 2003, Gilsig made her return to series TV by joining the cast of the F/X drama “Nip/Tuck,” starring Dylan Walsh and Julian McMahon as two plastic surgeons running a partnership in Miami, Florida. She portrayed Gina Russo, the love interest of McMahon's character, until the show's last season in 2006.

While working on the series, Gilsig also kept busy working on other projects. She had recurring roles as a new detective named Kelly Ronson on five episodes of “NYPD Blue” (2004) and Lisa Rix on four episodes of Fox's “Prison Break” (2005). She also made a few films, such as Chicks with Sticks (2004) and See This Movie (2004), which received a theatrical release in early 2006.

In early 2007, Gilsig appeared as Meredith Gordon, the biological mother of Claire Bennet, on three episodes of the 2006 NBC hit drama “Heroes.” She starred with Jessalyn Gilsig in the British film Flood (2007) and as Dr. Carrie Ross on the made-for-TV movie Destination: Infestation (2007). In addition, she has a supporting role in the television movie The Apostles (2008) and will appear with Brittany Snow and Johnathon Schaech in the thriller film Prom Night (2008). 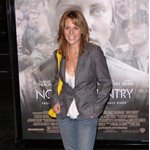 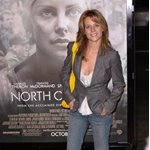 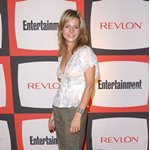 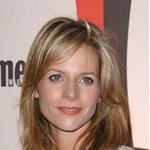 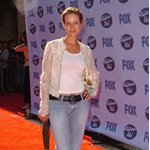 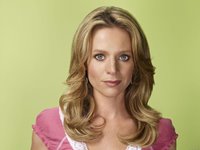 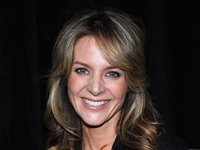