Jenny Elvers-elbertzhagen is a German actress and presenter. Elvers-Elbertzhagen grew in Amelinghausen, a heath village in Luneburg to, and attended high school in Luneburg the edema, which they with the middle school graduated. At 18, she became the Queen Heath elected the heath blossom festival of Amelinghausen. In 1989, she began training at drama school, the floor in Berlin. She studied from 1993 at an acting school in Hamburg, which she with a degree completed and continued to study in Los Angeles at the American National Academy of Performing Arts. Since the 1990s Elvers-Elbertzhagen works as a presenter and actress in Germany.

Her image as a "bitch" in 1995 by a permissive short appearance in the film Männerpension of Detlev Buck and founded by highly publicized public appearances. Their relations with Heiner Lauterbach and Alex Jolig, with whom she has a son (* 2001), were responsible for media attention. Since 2003 she is with her manager Goetz Elbertzhagen married. Stay in Rheinbach. In 1996 she played a recurring role in the television series Nikola with the role name Elke Pflueger. In 2002, she hosted alongside Maike Tatzig the interactive late-night show "Big Brother - The Quiz" on RTL 2 for the second series Big Brother. In 2004, she moderated KlatschTV on Sat.1.

The show was canceled after a few months. After prolonged abstinence television, she worked from 2005 as a presenter on home shopping channel RTL Shop and also dabbled as a singer. 2006 Elvers-Elbertzhagen earned her portrayal of a single mother in Detlev Buck movie Tough critical acclaim. Also in 2006, announced Christoph Schlingensief, a theater and film project with Jenny Elvers-Elbertzhagen as Lady Diana on. On 14 September 2006, failed Kaprow City at the Volksbuhne in Berlin for the premiere. In May 2007, she performed at the RTL show Let's Dance with. In October 2007, she played for the umpteenth time, the paramour of the Berlin Everyman -Festival.

In 2010, Jenny Elvers-Elbertzhagen stood in Cologne "Theater am Dom "as Mrs. Robinson in the play" The Graduate ", directed by Rene Heinersdorff on stage. After an appearance in the evening talk show THAT! 17 September 2012, when the Elvers looked confused hinted to media reports that she was an alcoholic. She went two days later for six weeks in-patient treatment. 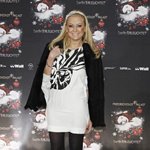 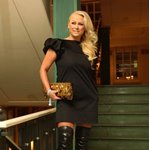 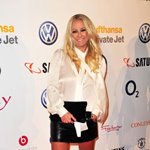 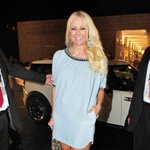 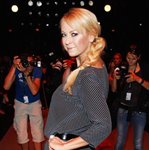 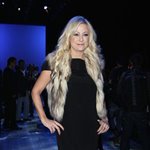 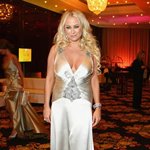 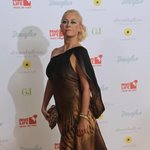