Jayson Werth is an American Major League Baseball outfielder for the Washington Nationals. He has previously played for the Toronto Blue Jays, Los Angeles Dodgers, and Philadelphia Phillies. He bats and throws right-handed.

Werth had a lot of success as a youngster, playing for the top youth traveling teams in Springfield, IL. His teams began traveling at 7 years old and dominated the State of Illinois Youth Baseball with 4 consecutive State Championships (never finishing worse than 4th in Nationals) in Khoury League with the Bunn Brewers. He then played for a National power, the Springfield Flame where Werth and his teammates won the State and Midwest Regional Championship and finished Third in the 1993 Sandy Koufax World Series in Spring, Texas behind Pico Rivera, California and a Dallas, Texas team that included Major Leaguer Vernon Wells. Werth also was selected to play for the U.S. Junior Pan Am Games in 1995. He gained more attention while attending Glenwood High School in Chatham, Illinois, where he compiled a .652 batting average in his senior year with 15 home runs in 31 games and also helped his team to State Championship in 1996 (his Junior year). Werth initially planned on playing college baseball at the University of Georgia,[citation needed] but changed his plans when he was drafted in the first round (22nd overall) by the Baltimore Orioles in the 1997 Major League Baseball Draft.

Prior to making his major-league debut, the Orioles traded Werth to the Toronto Blue Jays for pitcher John Bale. Werth broke into the major leagues with the Toronto Blue Jays in 2002. On December 5, 2010, Werth signed a seven-year contract with the Washington Nationals worth $126 million, the 14th richest contract in baseball history. He was introduced to the media on December 15, 2010 with his number 28 jersey. Werth had a difficult 2011, highlighted by a June in which he had a .154 batting average, a .291 on-base percentage, and a .286 slugging percentage. On the season, Werth had a .232 batting average, with 20 home runs and 58 runs batted in. On May 6, 2012, Werth broke his left wrist attempting to make a diving catch against his old team, the Philadelphia Phillies. The wrist was the same one that had caused him to miss much of the 2005 season and all of 2006.

While the injury was described as a "clean break," it was reported that Werth would consult with the same wrist specialist who treated him in 2005, to determine if there was any ligament damage. The next day, Werth underwent surgery on the left wrist. After a three-month absence for recuperation, Werth returned to the Nationals' lineup on August 2. Werth batted primarily in the leadoff spot for the first time in his career, posting a .309 batting average and .388 OBP in that role. 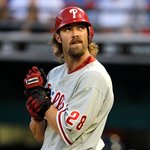 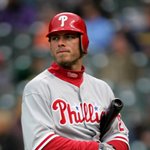 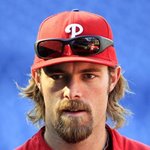 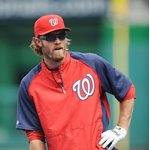 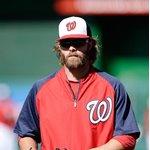 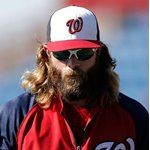 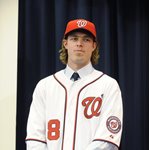 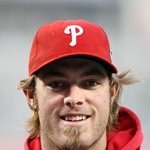