After Trias' appearance on American Idol, her fanbase grew in the United States and in foreign countries where the show was aired: Australia, Hong Kong, Malaysia, Indonesia, Philippines, Singapore, and Taiwan, among others. The Manila Times newspaper captured the mood of her ancestral country in an April headline, "Everybody Wants Jasmine." During the American Idol season, hundreds of internet fan sites from over a dozen countries were established in several Asian and European languages.

On February 27, 2005, Trias released a CD single entitled "Flying Home," which was sold exclusively in Pizza Hut and Taco Bell stores in Hawaii. The single was intended to capture her feelings of returning to Hawaii after months of working on tour and on her album.

Trias was a part of the JCPenney and Seventeen "Rock Your Prom" Fashion Show. She performed in Springfield, Missouri and Glendale, California in March 2005.

Trias signed a record deal with Clockwork Entertainment, a company which has worked with Dream and Bad Boy Records (headed by P. Diddy), to record and produce her debut album. She also signed a record deal with Universal Records for the album's release in the Philippines. Her self-titled debut album with Clockwork Entertainment was released on July 12, 2005 in the U.S.. It has since sold 14,000 copies in the US alone according to Nielsen SoundScan and a reported 50,000 worldwide. She has since been certified platinum in the Philippines.

Musically, some have compared Trias to Michelle Branch and Vanessa Carlton. Trias has left Clockwork Entertainment due to poor management and promotion; and is now with Universal Records Philippines. "Excuses," "Sana Lagi," "Too Many Walls" and "DJ Don't Quit" peaked in the Top 10 on a popular Live365 Internet station called Idol Waves. "I'd Rather" managed to reach #1. 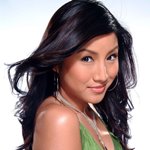 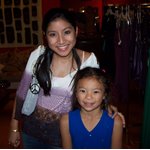 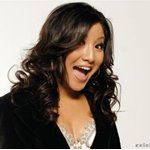