James Haskell is an English professional Rugby Union player who currently plays for London Wasps in the Aviva Premiership and internationally for England. Haskell was born in Windsor, Berkshire, and played for the Maidenhead Rugby Club, Berkshire, prior to joining London Wasps, where he was part of the highly successful Colts set up. Haskell, a six-foot four Flanker had represented England at under-18, 19 and under-21 levels as well as having played for England Sevens.

In the 2007 Six Nations Haskell was called into the starting lineup for the final game of the tournament for England against Wales at the Millennium Stadium in Cardiff, where he was part of a back-row that was for the first time in history provided by one club, Joe Worsley and Tom Rees were the other players from London Wasps. He is widely regarded as the successor to Lawrence Dallaglio due to their similar styles of play, and played a prominent role in the England set up in the 2008 Six Nations. Haskell appeared in both tests of the 2008 summer tour of New Zealand. Haskell was selected by Martin Johnson for the 2008/2009 Elite Player Squad on 1 July 2008. He appeared in all three autumn internationals, starting against South Africa. Haskell participated in every game of the 2009 Six Nations, though he lost his starting berth to Tom Croft. It was announced on 17 February 2009 that Haskell would join Top 14 side Stade Francais at the end of the 2008–2009 season. His performances for Stade and injury to Tom Croft meant he returned to the England squad, and he scored two tries against Wales in the first match of the 2010 Six Nations. He started all subsequent games.

During a rest week in the Six Nations, Stade requested his return to Paris to face Toulouse that weekend. The RFU held firm, however, and he remained in England. In 2009 Haskell joined Lucozade Sport as an Ambassador. He announced at the end of the 2010-2011 seasons that he had been released from his contract at Stade Francais, and would instead be rejoining London Wasps at the start of the 2012-13 seasons. During the season after the World Cup, he would play in Japan for the Rams, before seeking a Super Rugby contract for the rest of the season. In 2011, Haskell agreed to join the Highlanders in Super Rugby, saying he has always wanted to play in new environments and to "improve and become a better player for England". 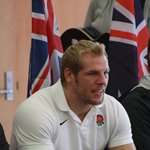 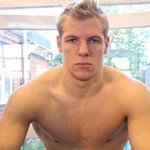 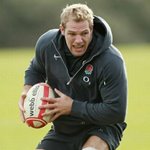 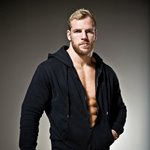 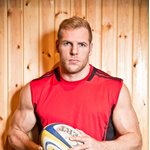 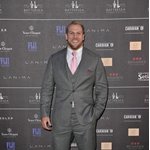 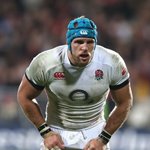 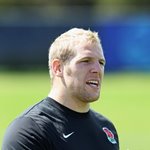 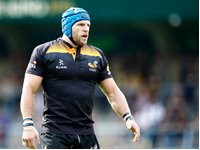