James Anderson is an English cricketer. He plays first-class cricket for Lancashire County Cricket Club and since bursting onto the scene in 2002/03, before his first full season of county cricket, Anderson has represented England in over 50 Test matches and over 100 One Day Internationals. A right arm pace bowler, Anderson made his international debut at the age of just 20. On England's 2002/03 tour of Australia, Anderson was drafted into the squad from the England A team due to an injury crisis. When he played his first ODI he had only played five senior one day matches.

Anderson went on to feature in the 2003 ICC World Cup and made his Test match debut against Zimbabwe at Lords the next summer. Later in 2003 he experienced a dip in form and confidence against South Africa. After this he was in and out of the team and experienced numerous injuries, including a stress fracture of the back which kept him out of action for most of the 2006 season. He returned to action and features regularly in England's Test squad. He is a regular strike bowler in England's one day team. Currently he is placed at number 3 in ICC test bowler rankings. When Anderson was selected for the England one day squad, he had played only five list A matches, taking 9 wickets at an average of 26.75. At the age of 20, he made his ODI debut on 15 December, 2002 against Australia at Melbourne. He opened the bowling and recorded figures of 1/46 from six overs. He debut came before he was even awarded his county cap, which occurred in 2003. He showed good promise in this series – a three-team tournament also including Sri Lanka – which earned him a place in the 2003 World Cup squad. It was here that he really broke into international cricket with a match-winning spell against Pakistan, where he took four wickets in day/night game to collect the Man of the Match award. In what proved to be England's last match of the tournament he conceded 12 runs off the penultimate over against eventual world champions Australia, and England lost a closely fought contest.

In the summer of 2003, he made his first Test cricket appearance against Zimbabwe at Lord's, and took five wickets in an innings on debut, becoming the 17th Englishman to do so. His success continued in the subsequent one day tournaments against Pakistan (against whom he took a hat-trick at The Oval), South Africa and Zimbabwe. His hat-trick against Pakistan, the first by an English bowler in an ODI, claimed the wickets of Abdul Razzaq, Shoaib Akhtar and Mohammad Sami. 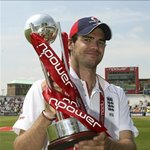 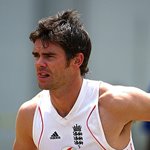 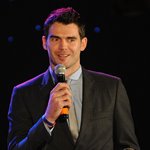 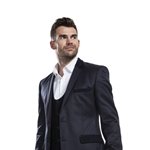 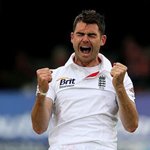 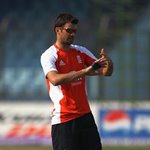 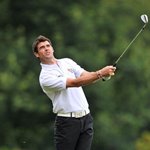 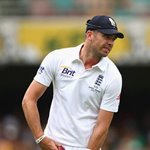