Jack Johnson is an American folk rock singer-songwriter, surfer, filmmaker, musician known for his work in the soft rock and acoustic genres. In 2001, he achieved commercial success after the release of his debut album, Brushfire Fairytales. He has since released five more albums, a number of EPs and surfing movies/soundtracks. He is also known for organizing an annual event, the Kōkua Festival. Notable songs from Johnson's repertoire include "Upside Down"; "Flake"; "Sitting, Waiting, Wishing"; "If I Had Eyes"; "You and Your Heart"; "Taylor"; and "Better Together".

Jack Johnson's big break was writing and contributing vocals for the song "Rodeo Clowns" which was featured on G. Love's 1999 album 'Philadelphonic'. The song would later become the most famous single off the album. In addition to his later success as a musician, Johnson is also an accomplished filmmaker. Johnson directed the surf films Thicker Than Water (2000) and The September Sessions (2002), in which he also starred. Both movie soundtracks were also products of Johnson. Johnson also starred in the 2004 surf film A Brokedown Melody. Johnson released a four track demo that caught the attention of Ben Harper's producer, J. P. Plunier, who worked with Johnson on his debut album Brushfire Fairytales in early 2001 with Harper and his Weissenborn lap steel guitar making a guest appearance. Brushfire Fairytales was released on February 1, 2001.

On February 22, 2012, Jack with John Cruz and Paula Fuga announced a 7-show acoustic tour of the Hawai'ian Islands during April. At the Stan Sheriff Center on April 14, 2012, during the Pillars of Peace Hawai'i: Building Peace on a Foundation of Aloha, Johnson performed introductory music before Nobel Peace Laureate Tenzin Gyatso, His Holiness the 14th Dalai Lama of Tibet, gave the speech "Educating the Heart". Better Together was one of several songs Jack performed. 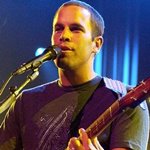