20 years after they began releasing records as Indigo Girls, Amy Ray and Emily Saliers have politely declined the opportunity to mellow with age. You could just say it's just not in their constitution. Devoted environmental and social justice activists and lifelong music-industry mavericks, the Girls have spent their entire career pushing boundaries on a variety of fronts. Why stop now?

Both Saliers and Ray agree that Despite Our Differences, the 10th Indigo Girls studio album, is a record defined by change and newness. On the business side of things, it's the first CD they've released since signing a new record deal with Hollywood Records earlier this year. And on the creative side, it's one they made far outside the confines of their established Georgia comfort zone, Differences was recorded over a speedy month-and-a-half this spring at veteran producer Mitchell Froom's home studio in Santa Monica, California.

"Making this record was really different for us," Saliers says. "We were all in the same room together. Amy and I with Mitchell and the engineer, David Boucher, and the band," which here includes session-pro drummer Matt Chamberlain and Indigo regular Clare Kenny on bass. "It was a little family experience, which is really, really different from being in a huge, cold studio where everyone's isolated. And there was a really strong trust factor with Mitchell. He has a great musical ear, particularly for harmonies and things like that. If he heard a note that didn't sit well with him, he'd tell us. It was a real exchange."

"We felt intimidated by Mitchell's abilities," Ray admits. "To go in and just put ourselves out there and trust that he's gonna take it and work with it - that felt like a risk, but in a good way. It's nice to get your adrenaline up. At this age you really have to keep trying things you haven't done."

The result of that experimentation: perhaps the freshest-sounding album in the Indigos' ample discography. Differences pulses with warm acoustic guitars, crisp, tasty keyboards (playing by Froom and longtime band member Carol Isaacs), and, of course, the singers' trademark intertwined vocals. Guest appearances from two Indigo Girls fans, Brandi Carlile and Pink (returning the favor the Girls did her when they performed and sang on "Dear Mr. President" from Pink's album I'm No Dead), "inject the record with this inspiring energy," Saliers says. There's an understated immediacy to the music that evokes the deep-rooted chemistry of the artists' live show, which Saliers admits was part of what she and Ray were after. "Amy and I had learned the songs," she explains, "and we just wanted to go in there and cut them with the rhythm section. Mitchell's not an overproducer - he wants the song to come alive."

The tunes on Differences are certainly a batch worthy of that effort. Plainspoken yet rich with literary detail, they address the growing unrest in the world, as well as the smaller push-and-pull that takes place every day between two people. Opener "Pendulum Swinger" takes on institutional sexism and what the Girls view as President Bush's wrongheaded approach to the war on terrorism. "Even though it's a pop song," Saliers acknowledges, "it's saying you're not gonna win this with a bullwhip or posing with your hands on your hips like Mr. Tough-Guy President. The only way to stop this madness is through love. That's a simple sentiment, but I believe it at my core." "I Believe in Love," a gorgeous folk-soul lullaby, proves the point with its message of tolerance and the necessity of understanding "despite our differences". In "Little Perennials," the album's lively lead single, Ray describes "getting something for all this love's labor" over a throbbing backbeat embroidered with strummy fuzz-roots guitars and swirling, helium-high keyboards.

"I think it's remarkable that Amy's life and my life coincided like this," Saliers says, "that we've been able to make music and stay dear friends through all these years." Ray echoes her bandmate. "I remind myself that we've been together for such a long time and that we're lucky to still be together," she laughs.

Though she admits she's not one for making a big fuss over a milestone like the Indigos' 20th anniversary of record-making, Ray says this new chapter in the band's career does reaffirm the principal that's always driven the duo. "It's all about living in the moment that you're in and trying to make it better than the moment that came before," she explains, pointing for example to the band's ongoing work with Honor the Earth, a Minneapolis-based non-profit dedicated to energy justice within the Native American community. "We just want to keep evolving - there isn't a point where that doesn't apply." 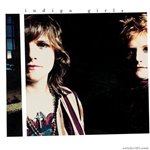 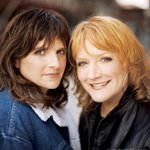 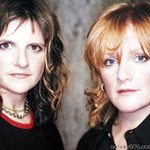