When a young, hunky 20 year old heart-throb Heath Ledger first came to the attention of the public in 1999, it was all too easy to tag him as a "pretty boy" and an actor of not much depth. He has spent the past five years trying desperately to sway this image away, but this has indeed been a double-edged sword. But that comes much later in his story. Heath Ledger was born on the fourth of April 1979, in Perth, Western Australia. As the story goes, in junior high it was compulsory to do one of two electives, either cooking or drama, and as Heath could honestly not see himself in a cooking class, he tried his hand at drama. Heath was talented, there was no denying that. However, the rest of the class did not acknowledge his talent, possibly out of jealousy. When he was 17, he and a friend, decided to pack up, leave school, take a car and rough it to Sydney. Heath believed Sydney to be the place where dreams are made, or at least, where actors can possibly get their big break. However, upon arriving in Sydney with a purported 69 cents to his name, Heath tried everything to get a break. His first real acting job came in a low budget movie called Blackrock (1997), a largely unimpressive cliché; a teen angst film about one boy's struggle when he learns his best mate raped a girl. He did not have a large part in this movie. In fact, it was a very small one. The only thing of notice in his role is you get to see him get his lights punched out. After that small role, Heath auditioned for a role in a TV show called "Sweat" (1996) about a group of young Olympic hopefuls. He got offered one of two roles, one as a swimmer, another as a gay cyclist. Heath accepted the latter because he felt to really stand out as an actor one had to accept unique roles that stood out from the bunch. It got him small notice, but unfortunately the show was quickly axed, which led him to look for other roles. He was in "Home and Away" (1988) for a very short period, in which he played a surfer who falls in love with one of the girls of Summer Bay. Then came his very brief role in Paws (1997). Paws was a film which existed solely to cash in on guitar prodigy Nathan Cavaleri's brief moment of fame, where he was the hottest thing in Australia. Heath played a student in the film, involved in a stage production of a Shakespeare play, in which he played "Oberon". A very brief role, this did nothing other than give him a small paycheck, but nothing to advance his career. Then came Two Hands (1999). He went to America trying to audition for film roles, showcasing his brief role in "Roar" (1997) opposite then unknown Vera Farmiga. He could not find any American roles but then Australian director Gregor Jordan auditioned him for the lead in Two Hands (1999), which he got. An in your face Aussie crime thriller, Two Hands (1999) was outstanding and helped him secure a role in 10 Things I Hate About You (1999). After that, it seemed Heath was being typecast as a teen hunk, which he did not like, so he accepted a role in a very serious war drama The Patriot (2000).

What followed was a stark inconsistency of roles, Heath accepting virtually every single character role, anything to avoid being typecast. Some met with praise, like his short role in Monster's Ball (2001), but his version of Ned Kelly (2003) was an absolute flop, which led distributors hesitant to even release it outside Australia. The Order (2003) was absolutely terrible, and A Knight's Tale (2001) was just light entertainment. Heath has had such a wide variety of roles that he seems unsure what to do with himself next. Despite being a very talented comedic actor, he seems to only want serious roles, which has hindered his career. He is by no means one of the greatest actors out of Australia, but in his brief career to date has suggested he could become one, if only he accepts the right role. 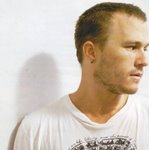 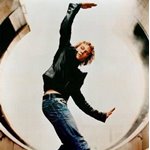 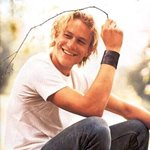 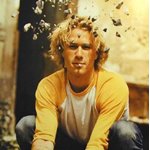 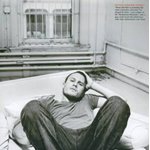 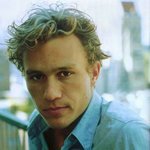 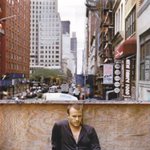 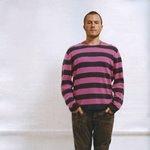