Gloria Velez (born December 18, 1978) is an American bikini model, dancer, rap artist and actress who is a native of Long Island, New York and is of Puerto Rican descent. Gloria Velez knew what she wanted to be since she was a young girl, and, during her teenage years, she attended the John Casablancas modeling school, which led her to being signed by the Elite Modeling Agency. Casablancas' school had a contract of exclusivity with Elite Models at the time, and Gloria Velez joined other models, such as Cindy Crawford, as a member of Elite. Gloria Velez immediately began to work in the entertainment world, going on tour with *NSYNC and Sisq�. A newcomer with a feminist attitude (she once declared that men in the music industry were afraid of women "with brains", for example), Gloria Velez was still a schoolgirl, and she had to fly over to *NSYNC and Sisq� concert locations during weekends and free days when she wasn't on vacation.

Gloria Velez was influenced by Sisq�, *NSYNC and other singers, and soon, she began to pursue a career as a rap artist. She founded her own studio, and, soon enough, she was discovered by music executive Tyrone Fyffe, who signed her to his music company. Soon after, Gloria Velez switched to Rodney Jerkins' Cash Money/Darkchild Imprint label, but, because of her earlier contract with Fyffe, a court case followed in which Fyffe tried to claim her back to his own label. Gloria Velez decided to end the problem by getting a release from both of her contracts, and she independently released her first CD, "Glory". "Glory" was proceeded by Gloria Velez's first promotional tour. Not to lose touch with her beginnings in the entertainment world, she began posing with bikinis for magazines, and she has been featured on a number of publications. Gloria Velez was one of around 60 Hispanic models to be portrayed in a special issue of Blackmen, which was released on February of 2005. 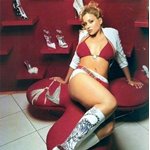 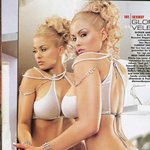 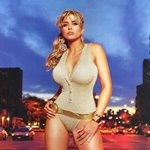 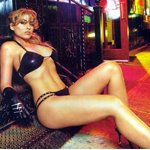 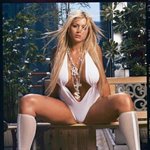 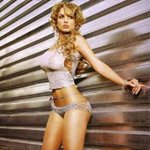 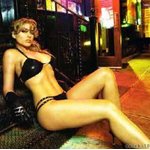 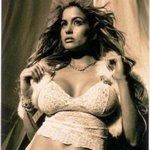