A wrestling star in high school, George Stults got his career start in life as a model. A commercial agent discovered the good-looking guy eating lunch on Sunset Blvd and stopped to give him her card. He modeled for Liz Claiborne and appeared in a series of television and print ads for the fragrance Bora Bora. After that, he quit modeling and then entered into the world of acting.

Stults had his first taste in front of the television camera in 2001 when he landed guest spots in such series as “Will & Grace” and “Friends.” His big breakthrough arrived that same year when he was cast in the regular role of police officer Kevin Kinkirk on the WB long-running series “7th Heaven,” where at the time younger brother Geoff already had a recurring role as Mary Camden’s love interest Ben Kinkirk. Originally, Stults auditioned for the role of a kid who compels people to drink, but a week later the producers asked him to play Ben’s older brother, realizing that he was the real-life brother of Geoff. Now still starring in the show, Stults was handed a 2003 Teen Choice in the category of Choice TV Breakout Star - Male.

While working on “7th heaven,” Stult landed a major role in the film What Lies Above, a 2004 action/adventure starring Nicole Eggert and Marc Singe. Two years later, he starred as John, a man who comes into contact with four breast cancer sufferers, in his television film debut, Four Extraordinary Women (2006). In this Gail Harvey-helmed drama, the actor teamed up with Laura Harris, Joely Collins, Lindsay Wagner and Katie Boland. Recently, he played Matt in the horror film Night Skies (2007), opposite Jason Connery and A.J. Cook. 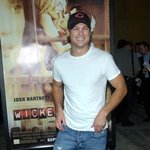 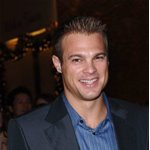 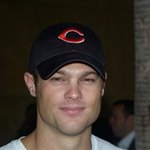