Gemma Dawn Garrett (born 25 September 1981, in Belfast, Northern Ireland) is the current holder of the titles Miss Great Britain and Miss Belfast. She is also the official face of the Formula 1 British Grand Prix at Silverstone.

She will soon be appearing on the big screen alongside the Hollywood action star Dolph Lundgren in Direct Contact, which is due for release in Autumn 2008.

Garrett's modelling career has seen her being featured in a host of national magazines and newspapers such as ZOO and the Daily Star and she was a body double for Sienna Miller.

Garrett stood as a candidate in the Crewe and Nantwich by-election on 22 May 2008, representing the "Beauties for Britain" party, formed recently by herself, in the intention, in her own words, of "making Westminster less dowdy and down-trodden". , but came tenth out of ten candidates with 113 votes, 0.27% of the total. 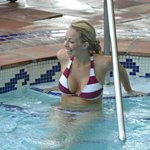 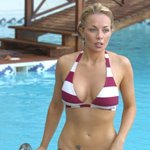 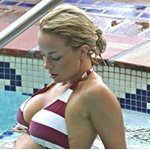 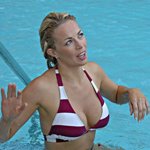 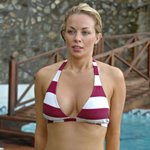