Freda Charcelia Payne was born in Detroit, Michigan on September 19, 1942 and is the sister of the Supremes' Scherrie Payne. At an early age, she grew up listening to different jazz singers such as Ella Fitzgerald and Billie Holiday which helped her develop a taste for music. As a teenager, she began singing radio commercial jingles and took part in (and won many of) local TV and radio talent shows; her polished voice caught the attention of many different people including record producers. Berry Gordy wanted to give her a contract with Motown, and Duke Ellington (after allowing her to sing with his orchestra in Pittsburgh for two nights) also wanted to give her a contract. However, her mother did not permit these and wanted her to finish school first.

In 1963, she moved to New York City and worked with many different singers including Quincy Jones, Pearl Bailey, and Bill Cosby. During that same year, her debut album (of jazz), After the Lights Go Down Low and Much More!!!, was released on the Impulse! label (this album was reissued on CD in Japan in early 2002). Three years later, she released her second album of jazz, How Do You Say I Don't Love You Anymore, for MGM. She also made occasional guest appearances on different television shows including "Merv Griffin" and "Johnny Carson", was an understudy for the Broadway show Hallelujah Baby, and appeared with the Equity Theatre in a production of Lost in the Stars. Although she was doing well at supporting herself in the business, none of these things helped her break into stardom.

In 1969, her old friends back home in Detroit, Brian Holland, Lamont Dozier, and Edward Holland, Jr., persuaded her to sign with their newly-formed record label Invictus. During that same year, her first Invictus single, "Unhooked Generation" (a minor R&B hit), was released. Shortly thereafter, songwriters Edythe Wayne and Ron Dunbar offered her a song entitled "Band of Gold". Because of the subject matter of the song (a marriage that ended on the wedding night), Freda did not want to record it at first, but reluctantly gave in after being persuaded by the producers and songwriters to do so. Almost immediately, in early 1970, the song became an instant pop smash reaching #3 in the US and #1 in the UK; it also gave Freda her first gold record. An album of the same name proved to be fairly successful as well. Other Invictus singles included "Deeper and Deeper" (#24, 1970), "You Brought the Joy" (#52, 1971), "Cherish What Is Dear to You (While It's Near to You)" (#44, 1971), and the Vietnam protest song "Bring the Boys Home" (#12, 1971; her second gold record). Her other Invictus albums were Contact (1971), The Best of Freda Payne (1972, a compilation which included four new, unissued songs), and her last Invictus album Reaching Out (1973). In 1973, being dissatisfied with her royalties (which were very low to begin with), she left Invictus and recorded albums for ABC/Dunhill and Capitol, but she never found the commercial success she had with Invictus.

In 1981, she briefly hosted her own talk show "Today's Black Woman" and also found work acting in different movies, Broadway, and other theatre productions throughout the eighties. Although she was concentrating more on acting by that time, she never gave up music; in 1982, she recorded a single entitled "In Motion" for the Sutra label in New York, and in 1986, she recorded a remake of her hit "Band of Gold" with Belinda Carlisle.

In 1990, she recorded three songs for Ian Levine's UK Motorcity label: another remake of "Band of Gold", "Memories and Souvenirs", and "Only Minutes Away". In the mid-nineties, she released three albums for Dove Music: I Hate Barney (1995, a comedy album), An Evening With Freda Payne: Live, and her first (and only) Christmas album Christmas With Freda and Friends (both 1996). She also continued her acting career appearing in movies like Private Obsession (1995), Ragdoll (1999), The Nutty Professor II: The Klumps (2000), and Fire & Ice (made-for-TV, 2001). In early 2001, she released a new album (of jazz, pop, and R&B molded into one) called Come See About Me for the Volt label (the title track is a remake of the Supremes' hit). In early 2003, she performed a show called "Love & Payne" with Darlene Love at Feinstein's at the Regency in New York City and at the Cinegrill in the Hollywood Roosevelt Hotel in Los Angeles getting excellent reviews.

During the early part of the 21st century, the following compilations of her music were released: Lost in Love (which includes nine of her post-Invictus recordings), Band of Gold: The Best of Freda Payne (both 2000), Unhooked Generation: The Complete Invictus Recordings (2001, the best compilation of her Invictus songs ever made), and The Best of Freda Payne: Ten Best Series (2002, another collection of her Invictus songs). 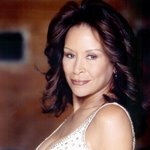