Intelligent, beautiful, and talented are the words that are frequently used when describing glamorous Florence LaRue, the original member of The 5th Dimension. Whether on stage performing, lecturing, or serving as a celebrity judge for beauty pageants, such as Miss Universe, Miss LaRue juggles her roles as actress, entertainer, and humanitarian with the same electric perfection that she devotes to ballads such as “One Less Bell” which bears The5th Dimension trademark. “I give my best to whatever I am involved with,” explains the mother, vocalist, actress, and concerned citizen, who is also a six-time Grammy winning star.

The American Society of Jewelry Executives named Miss LaRue one of the ten most beautiful women in the world. When asked how she felt about being placed on a list beside such legendary beauties as Sophia Loren and Lena Horne, LaRue laughed. “Naturally I’m honored, but I truly believe that beauty comes from within. What I see when I look in the mirror is someone who tries to look her best and stay healthy mentally, physically, and spiritually. I aim to make positive and significant deposits in other people’s lives while pursuing my God directed destiny.” Florence’s photo presently appears on Clientele Cosmetics’ brochure.

On the personal side, while God and family are Miss LaRue’s first priorities, her interests include cooking, music of various styles (especially country, gospel, classical and jazz), reading (particularly inspirational books and biographies of show business personalities), charity work, and her escalating speaking and acting careers.

Recognized as an expert on beauty, Miss LaRue turns her many experiences into delightful stories that are uplifting and expiring. She excites audiences at schools, community events, churches, and corporate events. Her primary topics, “Success,” “Beauty,” and “Relationships,” are leading her to rapidly becoming a sought after lecturer and speaker.

The seed to her acting ambitions was nurtured when she appeared in the CBS movie of the week, “Happy” with Dom DeLuise. Performing in the national tour of Broadway’s Tony award winning musical, “Ain’t Misbehavin’” and then starring in the Toronto production of “Mo Magic” (held over by popular demand for three weeks), and the Calvary production of “More Magic,” have all helped fulfill Florence’s dream of working in theatre. “It’s exciting!" She says. “I moved to California to pursue a career in big screen movies, and this brings me one step closer.”

In the past, Miss LaRue has: co-hosted the Arthritis Telethon with Jayne Wyman, judged two segments of “Puttin’ on the Hits,” appeared as a celebrity guest on “Star Search,” led the nationwide audience of “Hour Magazine” to fitness with a televised aerobic lesson, and has been a special guest on numerous television shows, including several appearances on “The Dale Evans Show,” “The Today Show,” “The Carol Lawrence Show,” and numerous other Christian and secular programs. She considered it a great blessing to have been a member of the Billy Graham Crusade choir in November 2004.

Never one to avoid challenges, it was Florence who initially embraced the cause of abused children as a charitable effort for The 5th Dimension. “Anything involving children has always been of special concern to me. When I made the other members of the group aware of the plight of neglected and abused children, they eagerly joined me in seeking help for this serious problem." Perhaps her background as an educator is partially responsible for the entertainer’s concern for young people. Florence was graduated from California State College and received her Bachelor’s degree during her first year as a member of The 5th Dimension. To her, education and spiritual guidance are two entities that will ultimately free suffering children and the emotionally conflicted parents who abuse them. “There are programs that can and do work,” she explains, pointing to Olive Crest Home for Children in Southern California and The Celebrity Action Council, with which she is actively involved.

When she traveled with a medical / evangelism team to The Gambia, West Africa, Miss LaRue gained such compassion for the people that she plans to continue mission work in Africa and other countries (including the United States!) In 1986, Florence LaRue was named Woman of the Year by The City of Hope, and received their prestigious Spirit of Life Award, which resulted in a research fellowship being established in her name for extensive study and treatment of gynecological cancer. She also founded and served on the educational committee of The Mid-City Chamber of Commerce in Los Angeles, and was on the board of the Christian Entertainers’ Fellowship. Florence’s volunteer work includes working with the Special Olympics. Many of her community service projects are performed without publicity or fanfare.

Florence is very concerned with keeping healthy. She believes that it is important for one to care for one’s mental, physical and spiritual health, and is writing a book on the subject. Preparing to reach her goal of completing a full marathon, she has helped to raise money for the American Stroke Association by completing the Surf City half marathon, the Agoura 10K, and several other races.

As leader of The 5th Dimension, Florence accepts her responsibility with grace and style. “Leadership means more to me than being the featured vocalist or making major decisions. It means having patience and maturity, in reaching out to others, humbly listening and considering their suggestions, and helping them to reach their goals. I don’t know whether or not I’ll always live up to those expectations, but I do know that I will certainly put forth my best effort.”

Although she plans to continue with The 5th Dimension, Miss LaRue is excited about the new direction her career has taken as a solo artist. She also plans to add two titles behind her name: After writing the lyrics to the beautiful ballad, "Say," recorded by The 5th Dimension, Florence was inspired to continue her song writing. She is also in the process of writing a book, working on her one woman show and recording a solo CD. She continues to take voice and acting classes to perfect her craft.

Miss LaRue has performed for the prestigious Trumpet Awards’ activities several times; including the prayer breakfast, the pre show, and the formal dinner. She also traveled with the delegation to the Bahamas, where she performed. To quote Ms. Xernona Clayton, the highest African American woman at CNN, author, creator and executive producer of The Trumpet Awards, “When Florence LaRue sings she displays a myriad of moods and feelings for her audience. She mesmerizes, excites, enthuses and inspires them. She has a compelling voice and enchanting expression,”

For many years, Florence has been an active member of The Church On The Way, in Van Nuys, California. She especially enjoys singing in the choir. Florence is clearly a star who shines for God. She is grateful to Him for the opportunity to speak and minister in the secular world through her music, writing, and acting, and for blessing her with success, and she looks forward to what He has planned for her future.


“Let your light so shine before men, that they may see your good works, and glorify your Father which is in heaven.” Matthew 5:16 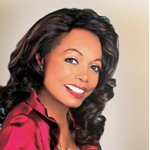