Faye Wattleton (born Alyce Faye Wattleton on July 8, 1943) is the first African-American and youngest President ever elected to Planned Parenthood (1978–1992). Currently, she serves as the President of the Center for the Advancement of Women, and also serves on the board of trustees at Columbia University. She is best known for her contributions to the family planning and reproductive health, as well as the pro-choice movement.

Wattleton was born in St. Louis, Missouri in 1943, the only child of a factory worker father and a mother who was a seamstress and a Church of God (Anderson, Indiana) minister. Entering Ohio State University at age 17, she was awarded a bachelor's degree in nursing in 1964, and went on to teach at a nursing school in Dayton, Ohio for two years. She earned her Master of Science degree in maternal and infant care, with certification as a nurse-midwife from Columbia University in 1967. She has received 13 honorary doctoral degrees.

In 1986, the American Humanist Association named her Humanist of the Year. 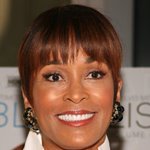