Daniels was born in and grew up in St. Louis, Missouri. Her father was an architect and her mother was a clinical social worker. She grew up in a Jewish family (her mother co-founded the Central Reform Congregation in St. Louis and her grandmother received an award from the National Conference of Christians and Jews)[1] and attended Clayton High School. She graduated from Vassar College with her A.B. degree Art History and Architecture. Daniels changed her surname from "Cohen" to "Daniels" at the age of 22.[2]

In 2002, The St. Louis Film Festival awarded Daniels the Emerging Star Award. She has appeared in One Hour Photo, Wheelmen, and House of 1000 Corpses before taking on the role of Dana Fairbanks in Showtime's The L Word. She appeared in the Season 4 Finale of "The L Word". She also appeared in TV shows: Dexter and Justice. 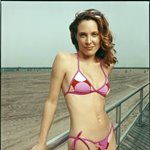 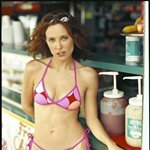 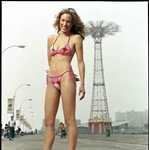 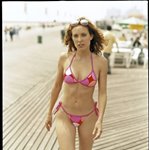 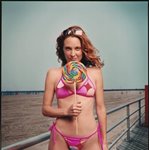 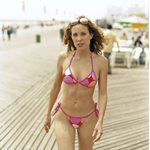