After graduating from Atlanta High School in 1976, Ellen attended the University of New Orleans as a communication major, but she dropped out after one semester. She held a wide variety of jobs until she turned to stand-up comedy, making her bones at small clubs and coffeehouses before working her way up to emcee Clyde's Comedy Club by 1981. Her comedy was described as a distaff version of Bob Newhart. Beginning in the early 1980s, she toured nationally and was named the funniest person in America after winning a competition sponsored by the cable network Showtime. This lead to better gigs, including her first appearance on "The Tonight Show" (1962) with Johnny Carson in 1986.

Though DeGeneres' early forays into series television were not successful (she appeared as a supporting player in two short-lived TV situation comedies in the period 1989-92, "Open House" (1989) and "Laurie Hill" (1992)), she scored a hit headlining her own 1994 sitcom on ABC "These Friends of Mine" (later renamed "Ellen" (1994) after its first season). She made TV history in April 1997 when her character, and DeGeneres herself personally, revealed that she was a lesbian. However, the show was canceled the following season due to declining ratings, after which DeGeneres returned to the stand-up circuit. In 2001, DeGeneres launched a new series, "The Ellen Show" (2001), on CBS, but it suffered from poor ratings and was canceled.

Redemption as a television artiste came in 2003, when DeGeneres' daytime talk show, "Ellen: The Ellen DeGeneres Show" (2003) proved to be both a critical hit and a commercial success. Along with good ratings, the show has won unprecedented kudos from the industry, winning 15 Emmy Awards in its first three seasons on the air and becoming the first talk show in TV history to win the Emmy Award for Outstanding Talk Show in its first three seasons.

DeGeneres has also made a name for herself as a host of awards shows. She hosted the Grammy Awards in 1996 and 1997, as well as the Primetime Emmy Awards in 2001 and 2005. In February 2007, she will have the ultimate TV awards show gig, hosting the Oscars. 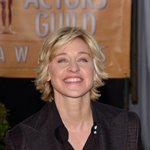 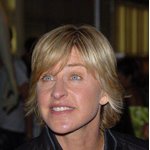 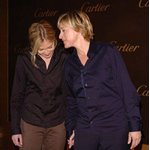 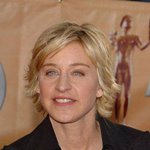 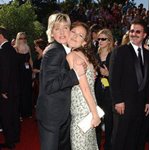 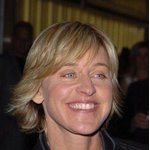 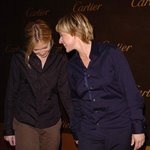 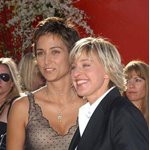