From the role of Thomas Beckett in the college production of “Murder in the Cathedral,” Ed Asner moved on to a Chicago troupe called the Playwrights’ Theater Club, with whom he made some early professional performances. Relocating to New York, he appeared in numerous off-Broadway productions and New York Shakespeare Festivals. Asner’s notable New York stage stints included his role as Mr. Peacham in the revival of “The Threepenny Opera” and his performance opposite Jack Lemmon in the Broadway staging of “Face of a Hero” (1960).

Asner, who formerly took a part in the series “Studio One” (1957), moved to Hollywood and began acquiring more screen roles, such as Busti in “Naked City” (1961), Assistant District Attorney Frank Gerson in his movie debut Kid Galahad (1962, unaccredited), multiple roles in “The Untouchables” (4 episodes, 1962-1963) and Sergeant Slade in “Bob Hope Presents the Chrysler Theatre” (1964). Taking supporting roles, the new actor worked with Sidney Poitier in The Slender Thread (1965), John Wayne in El Dorado (1966) and Robert Vaughn in The Venetian Affair (1967).

After several guest appearances, including one in “The Wild Wild West” (1968), Asner worked with Mary Tyler Moore in the drama movie Change of Habit (1969, was cast as Lt. Moretti). The collaboration continued in the long-running CBS sitcom “Mary Tyler Moore” (1970-1974). Thanks to his hilarious performance as Lou Grant, the grumpy boss of Moore’s character, Asner quickly received two Emmys and two Golden Globes for Best Supporting Actor. In addition, he received four other Emmy and three Golden Globe nominations. While filming the series, Asner was also seen in the comedy They Call Me MISTER Tibbs (1970), the crime drama The Todd Killings (1971), the TV thriller Haunts of the Very Rich (1972), the TV cop movie The Police Story (1973), the action film The Wrestler (1974, starred as Frank Bass) and the adventurous Hey, I’m Alive (1975, TV).

Working in a miniseries, Asner carried out the role of Axel Jordache in the 720-minute drama “Rich Man, Poor Man” (1976), alongside Peter Strauss, Nick Nolte and Susan Blakely. Eventually, his superb acting in the miniseries brought in an Emmy for Best Lead Actor and a Golden Globe for Best Supporting Actor. The actor next took home another Emmy, this time for Best Supporting Actor, after portraying Captain Thomas Davies in the historical miniseries “Roots” (1977).

Reprising his comedic role, Asner successfully headlined the CBS drama series “Lou Grant” (1977-1982), which chronicled Lou Grant’s life as the editor of an L.A. newspaper. He later picked up two Emmy and two Golden Globe’s Best Actor awards, as well as three Emmy and three Golden Globe nominations. The achievement also made Asner the only actor to win Emmys for playing the same character both in a comedy series and a drama show.

Subsequent to his fine portrayal of attorney Robert Sloane in the TV legal drama A Case of Libel (1983), the performer was involved in the short-lived ABC sitcom “Off the Rack” (1984, as Sam Waltman) and re-teamed with Peter Strauss in the miniseries “Tender Is the Night” (1985, adapted from the novel by F. Scott Fitzgerald). Asner, who from 1981 to 1985 was the president of the Screen Actors Guild, also worked in such small screen projects as Kate’s Secret (1986, TV), “The Bronx Zoo” (1987) and A Friendship in Vienna (1988, TV).

Asner briefly resurfaced on stage with a role opposite Madeline Kahn in the Broadway revival of “Born Yesterday” (1989). On TV, the actor voiced the pig-like villain Hoggish Greedly in the pro-environmental animated series “Captain Planet and the Planeteers” (1990), played Guy Bannister in Oliver Stone’s acclaimed “JFK” (1991) and joined the cast of the drama series “The Trials of Rosie O’Neill” (1991-1992), as Walter Kovacs. His fine supporting turn in the latter show was soon given an Emmy nomination.

The prolific actor next revisited his Lou Grant role in an episode of “Roseanne” (1996) and re-teamed with Mary Tyler Moore in his self-produced TV drama Payback (1997, starred as Jack Patkanis). He also co-starred with Tom Selleck in the CBS comedy “The Closer” (1998), lent his voice for the Editor in an episode of “The Simpsons” (1999) and voiced Fixer in the video game Buzz Lightyear of Star Command (2000).

Subsequent to his roles in the short film Fair Play (2002) and “ER” (2003), the veteran actor shared the screen with John Goodman and Olympia Dukakis in the sitcom “Center of the Universe” (2004-2005), playing Art Barnett. Recently, he was cast as Luke in the TV holiday film The Christmas Card (2006).

“I found it very easy (in the movie) to accept the fact that this rootless, alone soldier got this card, and it reminded him of all the beautiful things he left behind. I certainly would accept a card if I were a soldier marooned in an action area. Having lost friends, feeling lonely and alone, yes, I certainly would accept a card.” Ed Asner on his role in The Christmas Card (2006)

Asner is currently filming the drama series “Studio 60 on the Sunset Strip” (series began in 2006) with the recurring role of Wilson White. Asner also participated in several postponed projects, such as the political film The Commission (supposed to be released in 2003, stars Martin Landau and Martin Sheen), the comedy Hard Four (2005) and Once in a Lifetime: Just Go for It (2006).

The actor will provide his voice for Krad in the musical animation film Christmas Is Here Again (2007), where he also sings “I Stole Santa’s Sack” and “I’m Evil.” His costars include Kathy Bates, Madison Davenport, Brad Garrett, Andy Griffith and Jay Leno. 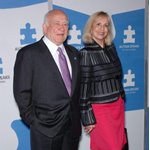 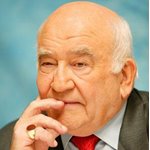 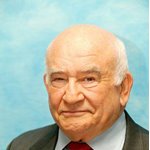 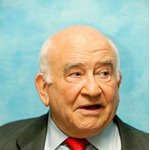 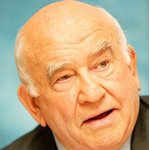 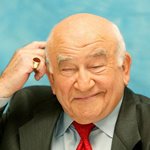 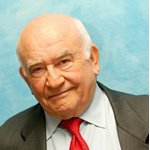