Dylan Walsh began acting professionally while still in high school, when he landed a role in the Arena Stage production of “Undiscovered Country” in D.C. He continued to act throughout college by performing in many local productions, including “Our Town,” “Curse of the Starving Class” and “Romeo and Juliet,” and after graduating, headed to New York City to give acting a more serious try. Billing himself as ‘Charlie Walsh,’ he made his TV-movie bow in 1987’s Soldier Boys, a CBS Schoolbreak Special, with James Earl Jones, which was followed by a recurring role on the CBS comedy show “Kate & Allie” (1987-1989), portraying the boyfriend of Allie’s daughter. In 1989, he made his wide screen debut, as Charles Hunter Walsh, in director Patrick Dempsey’s Loverboy, and starred in the pilot When We Were Young, that same year. Still in 1989, the actor had a small role in the made-for-TV action/comedy Chameleons, where he started using the name Dylan Walsh professionally.

Walsh next netted a regular role in the ABC drama “Gabriel’s Fire,” playing a lawyer’s assistant again opposite James Earl Jones, and acted in the miniseries “Telling Secrets” (1993) as well as in the HBO movie Arctic Blue (1993) and the Showtime film Radio Inside (1994, as a youth who loses his lover to his brother). On a feature front, the actor’s career in fact starting to achieve impetus in the early 1990s with the John Boorman-directed Where the Heart I (1990) and Betsy’s Wedding (1990), a comedy written and directed by and starring Alan Alda. He continued with work in the higher profile movies like Robert Benton’s Nobody’s Fool (1994), where he played the supporting role of Paul Newman’s abandoned son, Peter, and Frank Marshall’s Congo (1995), where he had a lead as a primatologist an exhibition gone askew.

Entering the new millennium, Walsh was offered the starring role in Calgary writer-director Dave Schultz’s dark psychological drama Jet Boy (2001). Playing a cool, morally vague undercover police who makes friends with a street smart orphan while trying to humiliate a big-time drug trader, he proved that he was completely capable of holding a leading dramatic role. With the film’s success, Walsh’s career was somewhat bolstered. Supporting parts in major studio productions such as We Were Soldiers and Blood Work (both 2002) paid evidence to an actor salvaging his foothold after a few early fades.

Eventually in 2003, Walsh delivered his big breakthrough when he landed the starring role in the critically acclaimed television drama “Nip/Tuck” (2003-?), playing a plastic surgeon, Dr. Sean McNamara. He obtained the part after being approached by series creator Ryan Murphy in an L.A. coffee shop because Murphy memorized his strong work on 1994’s Nobody’s Fool. For his fine performance in the show, in 2005, Walsh was handed a Satellite nod for Outstanding Actor in a Series, Drama.

Walsh went on to pursue his film career. In 2005, he could be seen in the David Mamet drama Edmond, costarring William H. Macy and Julia Stiles, and more recently teamed up with Sandra Bullock and Keanu Reeves for the fantasy-flavored romantic drama The Lakehouse (2006), based on the Korean film Il Mare (2000). The latter film saw the player give a fine acting as a buttoned-down attorney and former boyfriend named Morgan.

The 43-year-old performer will soon star in the upcoming comedy One Part Sugar (2006), as Ray Tuckby. Among his costars in the Hart Bochner-helmed are Jonah Hill, Danny DeVito and Justin Long. 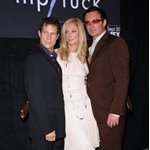 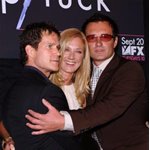 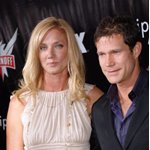 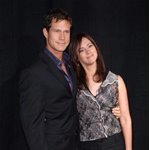 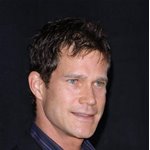 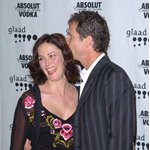