Dorian Missick began acting in commercials when he was 12 years old. His real acting job arrived two years later with a guest role in an episode of the television drama series “In the Heat of the Night,” as a young fisherman. After this, he did not appear in another project until 1998 when he landed a small role in film Two Way Crossing. A costarring role in the short 3D (2000), an uncredited part in John Singleton’s Shaft (2000, starred Samuel L. Jackson and Vanessa L. Williams) as well as a small part in the J. Jesses Smith-directed Crime Partners 2000 (2001, along side Ice T and Snoop Dogg) followed. On the small screen, he could be seen making guest performance in numerous of the top TV network dramas, such as “Now and Again” (2000), “Law & Order: Special Victims Unit” (2001), “Philly” (2001) and “NYPD Blue” (2001).

“That was the film that got some attention within the business. That’s when I got offers of other jobs.” Dorian Missick on Two Weeks Notice

It was in 2002 that Missick got his big break. He was cast as Tony, the best friend of Hugh Grant’s character, George Wade, in the comedy/romance Two Weeks Notice. Directed and written by Marc Lawrence, the film also starred Sandra Bullock and Alicia Witt.

In 2006, Missick again delivered a huge break when he won a costarring regular role on the ABC series “Six Degrees,” opposite Jay Hernandez, Bridget Moynahan and Erika Christensen. In J.J. Abrams’ new show, he plays limo driver Damian Henry. Though the network recently benched the series, “Six Degrees” will be back in January.

“Every break, I will be doing a movie -- or two, if they let me. I’m a huge movie fan. I’m basically planning on working around the clock the next five years.” Dorian Missick

Missick could be seen playing the son of Samuel L. Jackson in Joe Roth’s Freedomland (2006) and appearing with Josh Hartnett, Bruce Willis, Lucy Liu, Morgan Freeman and Ben Kingsley in the thriller Lucky Number Slevin (2006). The actor will soon star with Zoe Saldana, who plays his girlfriend, Regina, on “Six Degrees,” in the comedy Premium, which slated for late January or early February release. Additionally, he is set to play the supporting role of Mitch, the “deadbeat” friend of Jon Heder’s character, in director Tim Hamilton’s comedy Mama’s Boy, for May 2007 release. Among his costars in the upcoming feature are Diane Keaton, Jeff Daniels and Anna Faris.

“It’s a straight comedy, along the lines of ‘The 40-Year-Old Virgin.’ His mom’s, Diane Keaton, and she starts dating Jeff Daniels. I work at the mall with (Heder) and I help him sabotage the relationship.” Dorian Missick on Mama’s Boy

In addition to film and television, Missick has worked in several stage productions. He starred in “Where The Wild Things Are,” performed off-Broadway in “Paul Robeson, All American” and had lead opposite LL Cool J in the Savion Glover- choreographed “Ball.” 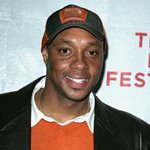 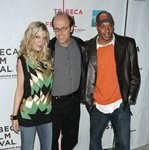