New York born and bred Donald Faison was on the acting course early on. He is an alumnus of City Kids acting troupe and a graduate of the Professional Children’s School as well as LaGuardia High School of the Performing Arts. The enthusiastic boy penned and acted in the play “When the Lion Roars” at age 6 and appeared in the Marlo Thomas TV special “Free to Be a Family” eight years later. It was in 1992 that the talented Faison eventually earned notice for his good supporting part in his feature debut, the hard-hitting gang drama Juice, starring Omar Epps and Tupac Shakur. This led to a role in the likewise hard-hitting Wesley Snipes vehicle Sugar Hill in 1994.

1995 proved to be a banner year for Faison since he landed roles in two of the year’s most successful films. He first undertook the pivotal supporting role of the sociable and somewhat goofy Murray Lawrence Duvall in the popular romantic comedy Clueless and then portrayed the smart-aleck son of Loretta Devine in the female-focused ensemble drama Waiting to Exhale. The same year, he also had a flourishing part in the gang-themed drama New Jersey Drive.

The following year, after a guest spot in Fox’s “New York Undercover,” Faison reprised his successful role of Murray for the subsequent television sitcom “Clueless,” broadcast by ABC from 1996 to 1997 and by UPN from 1997-1999. In 1998, he had a recurring role in the ABC sitcom “Sabrina, the Teenage Witch,” playing the potential love interest of Sabrina, Dashiell, and appeared in an episode of the WB hit show “Sister Sister,” in which he played Tia’s boyfriend. The same year, he also acted in the music-industry set mystery thriller Butter, screened on HBO in lieu of theatrical release, and made a cameo appearance in the high school graduation party-set comedy Can’t Hardly Wait, as the cowboy hat-clad party band drummer. He ended up the decade with roles in the made-for-TV action Supreme Sanction and the comedy feature Trippin,’ costarring as well-liked high school ladies’ man June Nelson.

After “Clueless” ended, Faison joined the cast of WB’s college drama “Felicity” in the recurring role of the sweet and sexy Tracy, the emotively religious and infuriatingly celibate boyfriend of tough-as-nails Elena (played by Tangi Miller). He played the role from 2000 until 2002. In 2000, the actor revisited the silver screen and the high school by portraying a fun-loving football star on a newly-integrated team coached by a driven Denzel Washington in the 1970s-set drama Remember the Titans. In the 2001 independent action comedy Double Whammy, he found himself acting opposite Steve Buscemi and Denis Leary.

However, Faison did not score a huge victory until he won the co-starring regular role of the conceited but comedic Dr. Chris Turk in the NBC medical sitcom “Scrubs” (2001-?) in 2001. Delivering a breathtaking performance, he picked up a pair of BET Comedy for Outstanding Supporting Actor in a Comedy Series, as well as earned several Image and Teen Choice nominations.

Big screen roles went on coming for Faison. He was cast a browbeaten actor-turned-limo driver in the Frankie Muniz comedy Big Fat Lair (2002), portrayed party boy Huey in the Boaz Yakin-directed comedy Uptown Girls (2003, starred Brittany Murphy, Dakota Fanning and Marley Shelton) and starred with Anthony Anderson in the terrible comedy King’s Ransom (2005). During the same period, he also did voiceovers, appearing in several episodes of the animated shows “Clone High” (2002-2003) and “Robot Chicken” (2005), and landed a hosting gig in “The Playbook” (2005), comedy show that helps men deal with a variety of topics such as buying a car, dating and gambling.

Recently, in 2006, in addition to continuing performing in 2001’s series “Scrubs,” the actor also made several films. He shared the screen with Eddie Guerra and Eddie Kaye Thomas to star in the independent comedy Venus and Vegas, was featured along side Sanaa Lathan and Katherine Towne in the romantic comedy Something New as well as costarred in the direct-to-video-release Bachelor Party Vegas. The 32-year-old player will soon star in the indie comedy Homie Spumoni (2006), playing Renato, an African-American who has been raised in an Italian-American family. 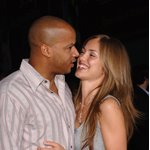 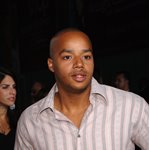 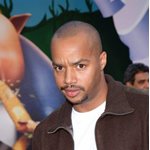