Virginia-born Debbie Matenopoulos became interested in the journalism/entertainment world as a young girl. She wrote her own column in her high school newspaper and later took a job as an assistant at a local recording studio/production facility. This led to the chance of doing voice-overs for radios. While in Virginia Commonwealth University (VCU), she took part in the colleges radio station WVCW, where she was both a program director and a disc jokey, and even started her own radio program that concerned issues for young people. In the meantime, she also became engaged with the syndicated broadcast company SupeRadio.

By age 20, Debbie had decided to further pursue her journalism career by applying for an internship with MTV. She got the job and soon after that relocated to NYC, where she also studied at NYU’s School of Journalism. She immediately moved up the ranks, soon becoming a story coordinator for MTV’s “Unfiltered.”

It was not until 1997, however, that Debbie made her debut in front of the camera as a co-host on Barbara Walter’s new talk show “The View.” She was an immediate hit, spoofed on “Saturday Night Live” and later invited on as a guest. She also earned a 1999 Daytime Emmy nomination for Outstanding Talk Show Host, sharing with Walters, Meredith Vieira, Star Jones and Joy Behar. Unfortunately, after two years, she was fired from the show. She then joined the TV Guide Channel.

Since “The View” Debbie’s career took off and she even branched out to acting. Making her debut as a woman at party in an episode of “General Hospital” (1998), she made the leap into the big screen two years later with Endsville, a mock-documentary where she appeared as Lisa Swayzak. In 2002, she appeared in the drama film Angryman.

In 2004, Debbie took on a co-hosting gig along side Arthel Neville on the nationally syndicated program “Good Day Live.” Despite huge promotion, including a mall-tour featuring Debbie and Neville, the news program was axed by its syndicators in early 2005. Also in 2005, she was a celebrity co-host in three episodes of “Queer Edge with Jack E. Jett & Sandra Bernhard” and appeared as Joanna in an episode of the TV sitcom “Half & Half.” Early 2006 saw Debbie join E!’s coverage of the Golden Globe Awards and become one of three hosts on this channel’s weeknight celebrity gossip and pop culture series, “The Daily 10.”

In addition, Debbie has been a frequent contributor to VHI specials, including “I Love Toys” and “I Love the 90s.” 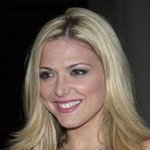 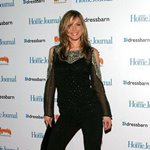 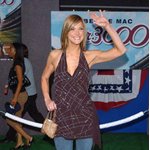 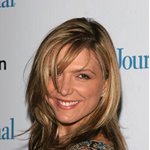 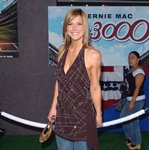 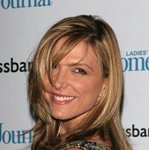 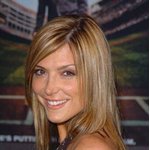