Being just a "regular guy" and partying with his friends are two things that Dale Earnhardt, Jr., driver of the #8 Budweiser, likes to do when he has time off from his NASCAR racing schedule.

Outgoing and fond of being out in public, another of his favorite things to do is to hang out with his friends at the local Wal-Mart store. Doing these types of things, the up and coming star of the NASCAR Winston Cup Circuit can relax and feel like just a normal every day type person for awhile.

Dale Jr. (also affectionately called "Little E") has his own Club House of sorts where he and his friends can get together and can party down. Their place is called "Club E" and it's located in the basement of Junior's house, which incidentally is located on his dad's property in the state of North Carolina. Dale claims that it's the only place to be and that "Club E" is decked to the hilt with a big screen television, speakers as high as the ceiling and plenty of refrigeration for the main ingredient of any Dale Jr. party - the beer!

Though it would seem that because of who his daddy is, Dale Jr. would have been popular in high school, that wasn't how it was. He hung out with a small group of friends who pretty much hung tight and away from the so called "in crowd". Needless to say, his popularity status has since changed and all of the recognition he now gets, still catches him off-guard at times. Though he has many fans, he doesn't see himself as anyone "special" though he doesn't mind all the attention he gets from the girls now!

Being the son of the infamous driver of the #3 Goodwrench Chevy, one might think that that Little E would have had an advantage when it come to pursuing a career in NASCAR Racing. Instead of having things handed to him, he got there by starting at the bottom and proving himself all the way up through the ranks to the Winston Cup Circuit.

After high school Dale Earnhardt Jr. went to college and earned a two year automotive degree, after which he was hired to work as a mechanic in his father's Chevy dealership where he made only a little over $15,000 a year. At the age of 17, Dale Jr. began racing in the street stock division at Concord Speedway. It was two seasons later that he moved up into the NASCAR Late Model Stock Division, where he would compete for three seasons. Proving himself by capturing 12 Bud poles in the Late Model Stock Division, Dale Earnhardt Jr. showed himself and everyone else that he was ready to go to the NASCAR Busch Grand Nationals, which he did in 1996. By the start of the 2000 season Dale Jr. was ready to move up to the NASCAR Winston Cup Series and to pursue the title of Rookie of the Year.

Little E is a force to be reckoned with on the racetrack and he has showed that he has what it takes to be a winner. Though his father is a seven time Winston Cup Champion, Dale Jr. has done twice what his father has never done, and that is to win the Busch title!

Fun loving and a party animal off the track, when he straps himself into his race car on Sundays, Dale Earnhardt, Jr. is all business. Though unlike his father in a lot of ways, when it comes to racing, Dale Jr. shows that he can be every bit as aggressive of a driver as his dad is.

Before he was the face of NASCAR's new generation, Dale Earnhardt Jr. was very proud of his skills as an oil changer at his father's car dealership in North Carolina.

His career began meekly, as he and brother Kerry sold a go-kart for $500 so that they could buy an old Monte Carlo racecar for $200. Legend has it that Junior later sold that car to current Busch Series driver Hank Parker Jr.

Earnhardt Jr. took his first green flag at the Concord Speedway in the street stock division at the age of 17. He garnered three feature victories from 1994-96.

Junior wasted no time making an impact in NASCAR's elite series when he entered in 2000. He won at Texas in his 12th career start and at Richmond in his 16th start. He also became the first rookie to win NASCAR's all-star race at Lowe's Motor Speedway.

It also didn't take long for Junior to become the unofficial poster boy of the sport. He's appeared on countless magazine covers, numerous television talk shows and was the focus of two MTV documentaries: "Cribs" and "True Life, I'm a Race Car Driver."

Junior is also a co-owner of "Chance 2 Motorsports," a Busch Series race team. 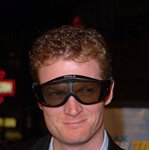 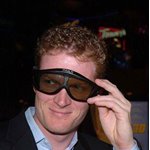 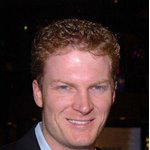 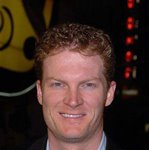