Kennedy met photographer Mark Hunter (who goes by the alias "The Cobrasnake") at a Blood Brothers concert at the El Rey Theatre in Los Angeles, California in the summer of 2005. He took some photographs of her for his web site and they exchanged phone numbers. In January 2006 Kennedy began an internship at his office, to fulfill a requirement from her high school for graduation. Hunter's web site featured photos of celebrities at various parties and he began bringing Kennedy. Despite the notable age difference, Hunter and Kennedy also began dating, with the approval of her parents, Barry Levin and Jinx Kennedy.

In December 2005, Hunter had posted photos of Kennedy with the title "JFK CORY KENNEDY", which began speculation that she was somehow related to the Kennedy family (she is not). In February 2006, a blog entry about Kennedy appeared on Fashionologie that called her "the heroin chic chick".

By April, Hunter had noticed every time he posted photos of Kennedy on his site, the web traffic from fashion and celebrity community sites would spike. Hunter quickly realized that Kennedy had the potential to be a star. That month, as the Kennedy-Levin family visited New York City on vacation, Kennedy and Hunter visited the offices of Nylon magazine. The very next day she was in a photo shoot for an issue focused on music and MySpace, which hit news stands in June.

At this point her profile and popularity began to rise. She was mentioned in a New York Times article about interns[6] and LA Weekly did a short article about her.[2] Then in October, she appeared in a mock music video for Good Charlotte's "Keep Your Hands Off My Girl", directed by Nylon's editor-in-chief Marvin Scott Jarrett. The entire clip is shot from a single camera at a fixed angle, and consists of Kennedy shaking salt and pepper to the beat while eating Indian food and listening to the song on a portable music player. The viral video became one of the most popular videos on the Web. In addition, she was being paid by high-profile nightclubs to show up with her friends and be seen despite being only 16 years old (the legal drinking age in California is 21), and hanging out with celebrities such as Paris Hilton, Lindsay Lohan, Tara Reid and Kelly Osbourne. She is good friends with fashion designer Jeremy Scott.

Her parents had known about her exposure online but had not realized the extent to which it had grown until the June issue of Nylon appeared. Because Kennedy had been previously treated for clinical depression, their primary concern had been her health and well-being. By September 2006, her celebrity life began to conflict with her home and school life. Kennedy and Hunter had broken up, but she was still accompanying him to parties mid-week and staying out late, usually not coming home until two or three in the morning.

Worrying for her education, her parents had her placed in a boarding school, a "nonpublic therapeutic placement" with limited phone and computer use, although she is free to leave on weekends. Despite this, her career has taken off. 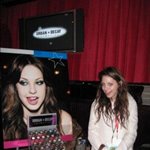 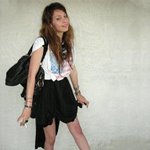 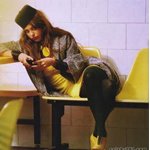 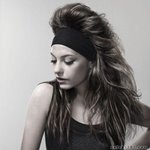 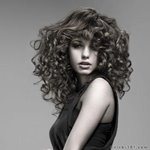 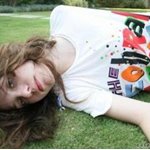 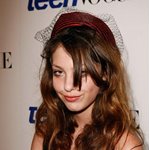