A serious and talented actor, at his best playing somewhat troubled characters, Cliff Robertson has been a fairly successful leading man through most of his career without ever becoming a major star. Following strong stage and television experience, he made an interesting film debut in a supporting role in Picnic (1955). He then played Joan Crawford's deranged young husband in Autumn Leaves (1956) and was given leads in films of fair quality such as The Naked and the Dead (1958), Gidget (1959) and The Big Show (1961).

He supplemented his somewhat unsatisfactory big-screen work with interesting appearances on television, including the lead male role in the small-screen version of "Days of Wine and Roses" in 1958. Robertson could be effective playing a chilling petty criminal obsessed with avenging his father in the B-feature Underworld U.S.A. (1961) or a pleasant doctor in the popular hospital melodrama The Interns (1962). However, significant public notice eluded him until he was picked by President John F. Kennedy to play the young JFK during the latter's WWII experience in PT 109 (1963).

Moving into slightly better pictures, Robertson gave some of his best performances: a ruthless presidential candidate in The Best Man (1964), a modern-day Mosca in an updated version of Ben Jonson's "Volpone", The Honey Pot (1967), and most memorably as a mentally retarded man in Charly (1968), for which he won an Academy award for best actor. His critical success with "Charly" allowed him to continue starring in some good films in the 1970s, including Too Late the Hero (1970), The Great Northfield Minnesota Raid (1972) and Obsession (1976). 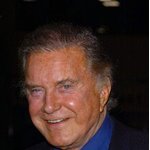 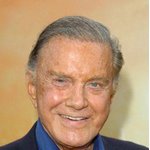 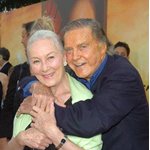 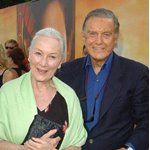