Clara Bryant made her acting debut at the age of three as a street urchin in the opera, "La Boheme". Her TV debut was on "Gabriel's Fire" (1990), where her first screen words were in Polish. She was then chosen to play Annie, the daughter of Billy Connolly in the ABC series, "Billy" (1992); Clara also guest-starred on such shows as "Roseanne" (1988), "Bob" (1992) and "Star Trek: Deep Space Nine" (1993). Onstage, she played Ramona in the popular children's play, 'Ramona Quimby', stepping into the role with just a few days notice.

For the AFI Women's Directing Workshop, she played the daughter of Blythe Danner in 'Miss American Beauty' as well as the lead in another indie film, 'Up Above the World So High'. As Amy in Disney's Under Wraps (1997) (TV), she became a big favorite of young viewers. Clara was later offered the challenging role of Dafi in Amante perduto, L' (1999) (The Lost Lover) as an Israeli girl who, torn by the conflicts within her family and society, becomes involved with a Palestinian boy.

In 2002 she starred in both Due East (2002) (TV), a Showtime original film and Disney's Tru Confessions (2002) (TV) where her performance as Tru was offered for Emmy consideration. Clara has been nominated for her acting three times by the Youth in Film/Young Artist Awards. 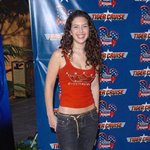 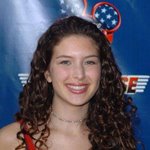