Catherine Tate is an English actress, writer and comedienne. She has won numerous awards for her work on the sketch comedy series The Catherine Tate Show as well as being nominated for an International Emmy Award and seven BAFTA Awards. Following the success of The Catherine Tate Show, Tate played Donna Noble in the 2006 Christmas special of Doctor Who and later reprised her role, becoming the Doctor's companion for the fourth series in 2008. In 2011, she began a recurring role as Nellie Bertram on The Office and is now a series regular.

Tate began her television acting career with roles in serial dramas such as The Bill, and London's Burning. Tate started stand-up comedy in 1996, and has appeared in comedy series such as The Harry Hill Show, Barking and That Peter Kay Thing and a role in Men Behaving Badly. She played the part of Kate in the unaired pilot episode of sitcom Not Going Out alongside Lee Mack and Tim Vine. In 1998 she wrote and starred in Barking, a late night sketch show broadcast on Channel 4 and featuring a host of, back then, unknown stars such as David Walliams, Peter Kay and Mackenzie Crook.

Soon after, she became involved with Lee Mack's Perrier Comedy Award-nominated New Bits show at the Edinburgh Film Festival in 2000. In 2001, she returned to the festival with her own sell-out one-woman show, which was followed by roles in Big Train, Attention Scum and TVGoHome. After being spotted at Edinburgh, she was given the role of Angela in the comedy, Wild West, with Dawn French, who commented "Catherine Tate is far too talented and she must be destroyed." Tate has also performed with the Royal Shakespeare Company, and at the National Theatre. She acted the role of Smeraldina in a 2000 RSC production of A Servant to Two Masters, and another role in The Way of the World at the National Theatre. 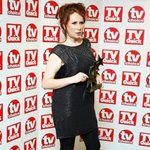 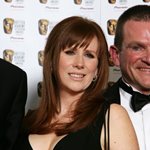 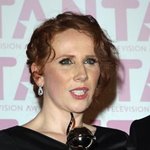 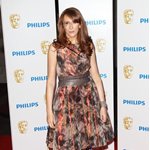 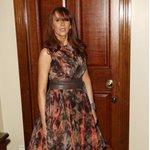 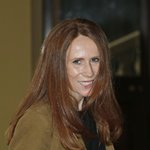 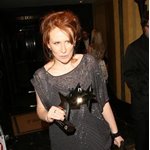 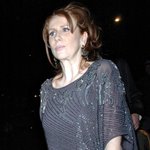