A graduate from the Paris Conservatory, Carole Bouquet made her miniseries debut with a bit part in the French-made “Famille Cigale, La” in 1977, followed by a role in the TV film Rebelles, Les, that same year. Her first major break, however, arrived when she was cast as Conchita, a title character she shared with Ángela Molina, in writer/director Luis Buñuel’s That Obscure Object of Desire (1977). Two years later, she was seen acting with her future companion, French actor Gérard Depardieu, in the black comedy Buffet Froid/ Cold Cuts, written and helmed by Bertrand Blier.

After a starring role in the musical Blank Generation (1980), Bouquet attracted the interest of both American and international audiences with her role of Bond girl Melina Havelock in For Your Eyes Only (1981), with Roger Moore. Despite the worldwide exposure, Bouquet concentrated on feature work in her native France and starred in a number of foreign productions, most notably Day Of The Idiots (1982), Bingo Bongo (1982), Murder Near Perfect (1983) and Right Bank, Left Bank (1984, earned a César nod for Best Supporting Actress). She did not appear in another American film until Francis Ford Coppola’s segment of
New York Stories (1989), where she made a cameo appearance as Princess Soroya, opposite Woody Allen.

Also in 1989, Bouquet gave a memorable portrayal of Florence Barthélémy/La voisine de Colette, the undesired wife in Bertrand Blier’s highly successful Too Beautiful for You, reuniting with Gérard Depardieu. For her effort, she was handed a César for Best Actress in 1990.

Throughout the ‘90s, Bouquet enjoyed international triumph as the model for Chanel No. 5 perfume. In the meantime, she continued to star in many French pictures. Among her works were portraying a character named Carole Bouquet in Michel Blanc’s comedy Dead Tired/Grosse Fatigue (1994, released in the USA in 1995), replacing Juliette Binoche in the title role of Claude Berri’s historical drama Lucie Aubrac (1997, opposite Daniel Auteuil) as well as starring opposite off-screen companion Gerard Depardieu in Un Pont entre deux rives/A Birdge Between Two Shores (1999), in which Depardieu also served as co-director.

Bouquet kept on herself busy in the new millennium by starring in such films as Pique-nique de Lulu Kreutz, Le (2000), Bérénice (2000, TV), Madame de... (2001, TV) as well as the impressive French comedies Wasabi (2001, along side Jean Reno) and Embrassez qui vous voudrez/ Summer Things (2002, opposite Charlotte Rampling). Her next projects, Blanche (2002) and Ruy Blas (2002, TV), saw the actress again team up with Gerard Depardieu. 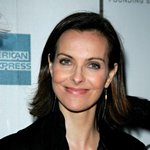 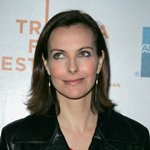 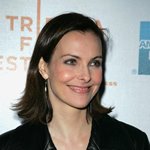 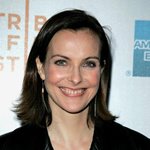 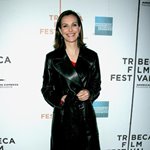 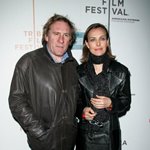 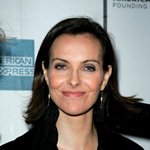