When he was sixteen, his older brother Charlie read in the New York Daily News about a free dramatic workshop being put on by the Works Progress Administration and told him about it. He had been working as a machinist fixing sewing machines. He credits Charlie with changing his career plans.[4]

Born of Jewish descent in the Bronx, New York, Reiner was educated at the School of Foreign Service at Georgetown University and served in the United States Army during World War II. He later performed in several Broadway musicals, including Inside U.S.A., and Alive and Kicking, and had the lead role in Call Me Mister. In 1950, he was cast by producer Max Leibman in Sid Caesar's Your Show of Shows, appearing on air in skits; he also worked alongside writers such as Mel Brooks and Neil Simon. He also worked on Caesar's Hour with Brooks, Simon, Larry Gelbart, and Woody Allen.

In 1959, Reiner developed a television pilot, "Head of the Family," based on his experience on the Caesar shows. However, the network didn't like Reiner in the lead role. In 1961, the recast and retitled show, The Dick Van Dyke Show, edited by Bud Molin became a hit. In addition to usually writing the show, Reiner occasionally appeared as temperamental show host "Alan Brady," who ruthlessly browbeats his brother-in-law (played by Richard Deacon). The show ran from 1961 to 1966. In 1966, he co-starred in the Norman Jewison film The Russians Are Coming, The Russians Are Coming.

Reiner began his directing career on the Van Dyke show. After that show ended its run, Reiner's first film feature was an adaptation of Joseph Stein's play Enter Laughing (1967), which was based on Reiner's book of the same name. Balancing writing, directing, producing and acting, Reiner has worked on a range of movies and television programs. He had a part in a small-time movie Generation alongside Pete Duel and Kim Darby. Probably the best-known film of his early directing career was the cult comedy Where's Poppa? (1970), starring George Segal and Ruth Gordon.

Reiner played a large role in the early career of Steve Martin, by directing and co-writing four films for the comedian: The Jerk in 1979, Dead Men Don't Wear Plaid in 1982, The Man with Two Brains in 1983, and All of Me in 1984.

In 2000 Reiner was honored with the Mark Twain Prize for American Humor. In 2001, he played the character of Saul Bloom in Steven Soderbergh's Ocean's Eleven, and has reprised that role in its sequels, Ocean's Twelve and Ocean's Thirteen. In 2004 he voiced the lion Sarmoti in the animated TV series Father of the Pride. 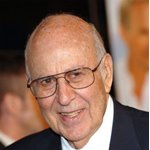 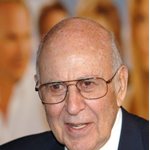 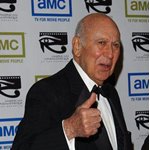 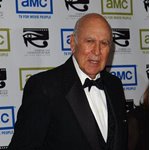 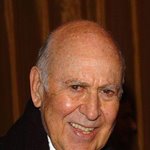 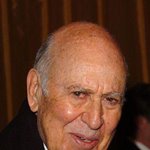 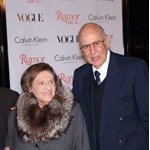