Brian Eno is an English musician, composer, record producer, singer, and visual artist, known as one of the principal innovators of ambient music. Eno was a student of Roy Ascott on his Groundcourse at Ipswich Civic College. Then he studied at Colchester Institute art school in Essex, England, taking inspiration from minimalist painting. During his time on the art course at the Institute, he also gained experience in playing and making music through teaching sessions held in the adjacent music school.

He joined the band Roxy Music as synthesiser player in the early 1970s. Roxy Music's success in the glam rock scene came quickly, but Eno soon tired of touring and of conflicts with lead singer Bryan Ferry. Brian Eno's professional music career began in London, as a member (1971–1973) of the glam/art rock band Roxy Music, initially not appearing on stage with them at live shows, but operating the mixing desk, processing the band's sound with a VCS3 synthesiser and tape recorders, and singing backing vocals. He then progressed to appearing on stage as a performing member of the group, usually flamboyantly costumed. He quit the band on completing the promotion tour for the band's second album, For Your Pleasure because of disagreements with lead singer Bryan Ferry and boredom with the rock star life. In 1992, he described his Roxy Music tenure as important to his career: "As a result of going into a subway station and meeting Andy, I joined Roxy Music, and, as a result of that, I have a career in music. If I'd walked ten yards further on the platform, or missed that train, or been in the next carriage, I probably would have been an art teacher now".

During his period with Roxy Music, and for his first three solo albums, he was credited on these records only as 'Eno'. Eno embarked on a solo career almost immediately. Between 1973 and 1977 he created four albums of largely electronically inflected pop songs – Here Come the Warm Jets, Taking Tiger Mountain (By Strategy), Another Green World and Before and after Science, though the latter two also contained a number of minimal instrumental pieces in the so-called ambient style. Tiger Mountain contains the galloping "Third Uncle", one of Eno's best-known songs, owing in part to its later being covered by Bauhaus. Critic Dave Thompson writes that the song is "a near punk attack of riffing guitars and clattering percussion, 'Third Uncle' could, in other hands, be a heavy metal anthem, albeit one whose lyrical content would tongue-tie the most slavish air guitarist."

In May 2010, the same Pure Scenius line-up as in 2009 performed 'This is Pure Scenius!', in the same format of three live improvised performances on the same day, at the Brighton Festival in England. Also at the 2010 Brighton Festival, after a performance of Woojun Lee's live arrangement of 'Apollo: Atmospheres and Soundtracks' by Icebreaker and B. J. Cole, Eno and the band performed four of his songs. Eno released another solo album on Warp Records in late 2010. Small Craft on a Milk Sea, made in association with long-time collaborator Leo Abrahams and Jon Hopkins, was released on 2 November in the United States and 15 November in the UK. Eno also sang backing vocals on Anna Calvi's debut album on two songs "Desire" and "Suzanne & I". 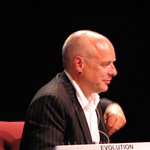 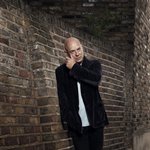 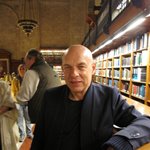 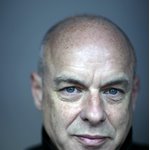 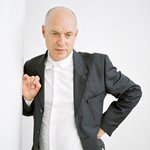 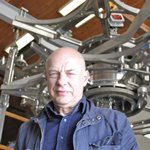 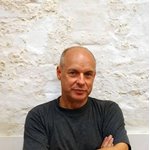 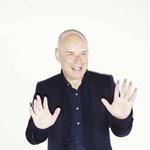