Brad Haddin is an Australian cricketer. He is a right-handed batsman and wicket-keeper. In September 2003, Haddin replaced Simon Katich as captain of New South Wales, while Katich was on international duty, and he since been acting-captain on numerous occasions. He has also captained Australia A. For most of his career Haddin was Australia a wicketkeeper but was drafted into the full squad as back-up wicketkeeper in case Adam Gilchrist was injured or rested.

He made his international debut in a One Day International on 30 January 2001 against Zimbabwe in Hobart. He made one stumping and made 13 runs. He was demoted from second choice wicketkeeper for Australia in 2001 by Wade Seccombe and later Ryan Campbell, but reclaimed this position in late 2004. On 18 September 2006, playing against West Indies at Kuala Lumpur in the DLF Cup, Haddin and Australian captain Mike Hussey put on 165, which at that time was a world-record stand for the sixth wicket in ODIs. After Gilchrist's retirement in early 2008, Haddin finally made his Test debut on 22 May against the West Indies at Kingston, Jamaica, becoming Australia's 400th Test cricketer. On 27 November 2010, in the opening match of the The Ashes series 2010–11 at The Gabba, Brisbane, Haddin scored 136, his third test hundred, in a valuable innings that helped Australia to a commanding first innings lead. He went on in the series to collect 360 runs at an average of 45.00. He was dropped for Australia's Twenty20 series against England in January 2011 in favour of Tim Paine, a decision which Haddin said had left him "confused". He retired from T20 internationals in September 2011, to focus on ODIs and Tests. He was axed from the ODI team in January 2012 after a poor 2011 home season.

At this point, he remained the first choice wicket-keeper for Australia in Tests, but the emergence of Matthew Wade threatened his place. Inevitably, in October 2012, Haddin was axed from the Test team, making way for Wade, although the national selector John Inverarity stated that Haddin remained a "player of significant interest". 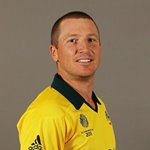 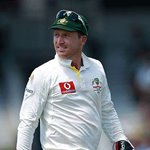 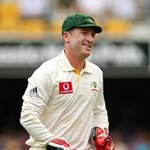 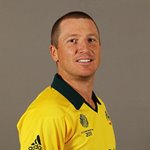 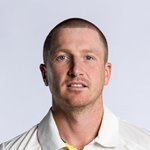 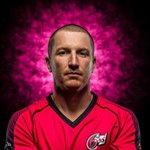 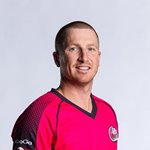 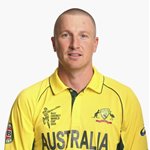 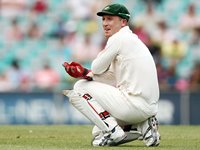 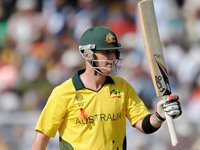