Young Ben Kingsley began acting in amateur theatres while studying at Manchester Grammar School and touring with the Children's Theater. In 1965, he worked on his acting at the Victoria Theater in Stoke-on-Trent, working with Peter Cheeseman's repertory company.

Kingsley eventually made his London stage debut in 1966 when he was the narrator in "A Smashing Day," produced by Beatles manager Brian Epstein. The same year, he also got his first TV role as Ron Jenkins in the television series "Coronation Street" (1966-1967). In 1967, Kingsley joined the prestigious Royal Shakespeare (RSC) and soon embarked in several productions including starring as Demetrius in Peter Brook's production of "A Midsummer Night's Dream," a role he reprised for a tour of US cities in 1971 and played the title character in "Hamlet" (1975). He also performed at the Royal Court Theater, working with Athol Fugard in "Dimetos," "Statements" and "Hello and Goodbye." Kingsley then moved to the National Theater in 1977, where he teamed up with Peter Hall to perform in such productions as "The Country Wife," "Volpone," "The Cherry Orchard" and "Judgment." After his two-season tenure with the National Theater, he rejoined RSC in 1979 when he played the role of Squeers in the production of "Nicholas Nickleby."

Kingsley was launched to stardom with his starring role in Richard Attenborough's acclaimed biopic Gandhi (1981). His spectacular performance of the martyred leader of India handed him an Oscar, a Golden Globe, a Los Angeles Film Critics Association award, a New York Film Critics Circle, a National Board of Review, a London Evening Standard and a BAFTA for Best Actor. He also netted another BAFTA for Best Newcomer, a Golden Globe for New Star of the Year and the 1984 Grammy for Best Spoken Word or Non-Musical Recording.

He turned heads again with his role of Robert in Betrayal (1983, also starring Jeremy Irons), where his bright acting won the London Evening Standard Award for Best Actor. Avoiding being typecast with Gandhi, Kingsley next played a wide range of characters like born loser William Snow in John Irvin's Turtle Diary (1985, opposite Glenda Jackson), Arab potentate Selim in Harem (1985), blistering hypnotist Lasker-Jones in James Ivory's Maurice (1987) and secret agent Basil Pascali in Pascali's Island (1988, opposite Helen Mirren) before making his U.S. film in Without a Clue (1988), portraying the talented Dr. Watson to Michael Caine's lumbering Sherlock Holmes. On the small screen, Kingsley played Duval in the made-for-TV movie Camille (1984), delivered an excellent turn in the title role of Silas Marner: The Weaver of Raveloe (1985), as Stanley Spencer in the television film Stanley's Vision (1986) and portrayed Sholomon in "The Secret of the Sahara" (1987).

After starring as Russian composer Dimitri Shostokovitch in Testimony (1988) and played Avatar in Slipstream (1989), Kingsley once more ventured into historical biopic territory as the title character of the HBO television film Murderers Among Us: The Simon Wiesenthal Story (1989). He received positive reviews for his good portrayal of the well-known Holocaust survivor who steadfastly sought revenge against the Nazis.

Playing the Great Zamboni in Spooky House (2000) was Kingsley's opening film in the new millennium. He had the supporting role of Graydon in the alien comedy What Planet Are You From? (2000), opposite Annette Bening and Garry Shandling, and was featured as Ambassador Mourain in the military thriller Rules of Engagement (2000).

As for television, Kingsley continued to make a name for himself when he was cast as Otto Frank in the well-received ABC film Anne Frank: The Whole Story (2001). Due to his outstanding performance, Kingsley won the 2002 Screen Guilt Award for Outstanding Performance by a Male Actor in a Television Movie or Miniseries and received an Emmy nomination.

Kingsley provided his voice for the Spielberg-directed science fiction film Artificial Intelligence: AI (2001), and was seen acting in The Triumph of Love (2001), costarring Mira Sorvino and Fiona Shaw, and appeared as Man in the Yellow Suit in the family drama-feature Tuck Everlasting (2002).

Kingsley followed his success with roles in Thunderbirds (2004), playing Benjamin O'Ryan in Suspect Zero (2004), as Charles Hatton in A Sound of Thunder (2005) and portrayed Dr. Herman Tarnower in Mrs. 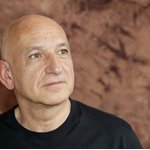 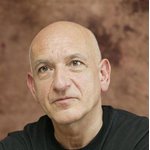 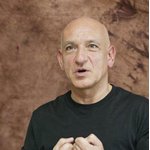 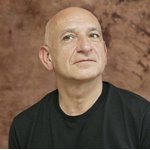 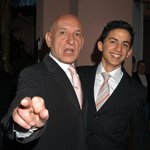 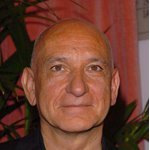 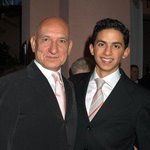 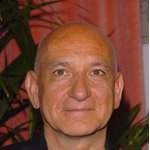