Initially working as a baby sitter and an assistant to a clothing designer, Yoanna House, who considered herself “overweight” at that time, went on a two-year diet, exercised blitzkrieg, did yoga, pilates and had healthy eating to make her figure ready to join the audition for UPN’s competitive reality TV show "America's Next Top Model."

After losing 60 pounds and dropping her size 10 to a 2, the now-stunning and well-figured aspiring model became confident and ready for the competition. She eventually managed to go to the Top 12 and spending six weeks in Manhattan doing a string of tests, photo-shoots and modeling lessons/coaching.

Yoanna, who was accused of being bulimic by one of her rivals, entered the finale with fellow contestant Mercedes Scelba-Shorte. Delivering a futuristic photo-shoot Yoanna was eventually selected as the winner of Cycle 2 of “America's Next Top Model.” With her new title, Yoanna claimed a modeling deal with prestigious modeling agency IMG Models, a photo spread in Jane magazine and became the image of cosmetic company Sephora. She was also invited to the syndicated talk shows “On Air With Ryan Seacrest,” “Live with Regis and Kelly” and CBS comedy talk show “The Late Show with David Letterman.”

Yoanna debuted as a catwalk model in 2004 at the Mercedes-Benz Fashion Week for fashion designers Petro Zillia, Custo Barcelona, Sue Wong, and John Sakalis. She also appeared in Declare Yourself voting campaign commercial and a cover story for Psychology Today magazine.

Since 2005, she has been replacing Elisabeth Hasselbeck as the host of Style Network's "The Look for Less." She was also the Style Network's correspondent for New York Fashion Week.

After being named "the face" of The CW network, Yoanna has appeared on the fledgling network’s commercials and web advertisements. Outside America, the half-Mexican, half-Canadian model signed a contract with Danish modeling agency, 1st Opinion Model Management, and snagged a deal with Israeli cosmetics company Careline.

Recently, in March 2007, she was picked by women's clothes company Metrostyle to be the face of their spring edition. 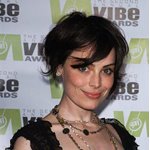 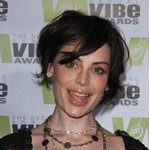 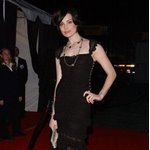 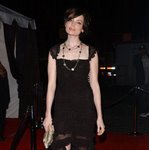