Wayne Douglas Gretzky, OC (born January 26, 1961) is a retired Canadian professional ice hockey player, and current coach and part-owner of the Phoenix Coyotes. Born and raised in Brantford, Ontario, Gretzky regularly played at a level far above his peers. In 1978, he signed with the Indianapolis Racers of the World Hockey Association (WHA), where he briefly played before being signed by the Edmonton Oilers. When the WHA folded, the Oilers joined the National Hockey League (NHL), where Gretzky won four Stanley Cups, nine Hart Trophies as the most valuable player, and ten Art Ross Trophies for most points in a season.

Nicknamed "The Great One", Gretzky was called "the greatest player of all time" in Total Hockey: The Official Encyclopedia of the NHL.He is generally regarded as the best player in history,and has been called "the greatest hockey player ever" by many sportswriters,players,and coaches. Upon his retirement on April 18, 1999, he held forty regular-season records, fifteen playoff records, and six All-Star records. He is the only NHL player to total over 200 points in one season — a feat he accomplished four times. In addition, he tallied over 100 points in 15 NHL seasons, 13 of them consecutively. He is the only player to have his number (99) officially retired by the National Hockey League for all teams.

After his retirement in 1999, he was immediately inducted into the Hockey Hall of Fame. He became Executive Director for the Canadian national men's hockey team during the 2002 Winter Olympics, where the team won a gold medal. In 2000, he became part owner of the Phoenix Coyotes and following the 2004–05 NHL lockout became their head coach. 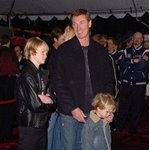 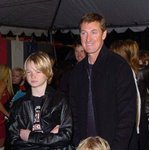 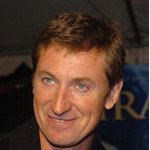 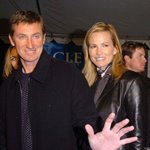