Columnist, socialite. Born November 27, 1962 in Brooklyn, New York to convicted mob-boss, John Gotti, and his wife, Victoria DiGiorgio. As a girl, Victoria Gotti was raised in a modest two-story house in Howard Beach, New York, with her four siblings. She was the shiest of the Gotti children; Victoria was so quiet that for several years her parents suspected their daughter was autistic.

Despite claims otherwise, Gotti says her family lived a sheltered, lower middle-class life with old-fashioned family values. Her mother made all of the children's clothes, and cut the girls' hair. As a teenager, her father was a very strict enforcer of curfews and was insistent on screening Victoria's boyfriends.

Gotti's father was also frequently in-and-out of jail during her childhood. Her mother told the family that their father was away on business as a plumbing supplier, helping to build a prison facility. "I was raised to believe...none of what you hear, and only half of what you see," Victoria has said of her early years with her father.

The young Gotti daughter was an avid reader and devoted straight-A student. She skipped two grades in high school, entering St. Johns University in 1977, at the age of 15. While she was still attending St. Johns, Victoria was diagnosed with mitral valve prolapse, a condition that makes the heart race, causing dizziness and palpitations. Her condition meant that Gotti needed to watch her health carefully, take regular medication, and occasionally wear a heart monitor.

In March of 1980, Victoria's 12-year-old brother, Frank, was hit by a car after he steered his motorbike into traffic. The accident devastated Victoria, who referred to her brother as her "little doll." Soon after the incident, her mother reportedly hospitalized the driver of the car, John Favara, after she bludgeoned him with a baseball bat. Four months later, Favara was abducted and never seen again. Victoria says she knows nothing of the incident, or her family's relation to Favara's disappearance.

Despite the tragedy, Gotti was determined to finish college and pursue a law degree, but she dropped out when she decided she was "too shy" to become a lawyer. In 1984, shortly after leaving school, she married her high school sweetheart and "first real boyfriend," scrap-metal dealer, Carmine Agnello. Together, the couple had three sons, Carmine, Frank and John, as well as a daughter, Justine, who was stillborn.

In 1992, when Victoria was 30 years old, her father, John Gotti, was convicted of racketeering and five counts of murder. He was sentenced to life without parole. For Victoria, his imprisonment came as a shock. She denied the court's allegations, and remained devoted to her father. "They don't make men like him anymore," she has said of the alleged mob-boss, "and they never will."

In 1995, Gotti wrote her first book, Women and Mitral Valve Prolapse. Inspired by her own struggle with the illness, the book documented her heart condition in relatable terms, and was critically acclaimed by patients and doctors alike. This non-fiction success led to her career in fiction writing, and in 1997, her mystery novel The Senator's Daughter hit bookstores to solid reviews. 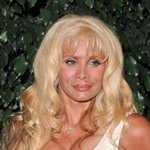