Victoria Jane Asher, also known as Vicky-T, is the keytarist for the band Cobra Starship. She is the daughter of producer/manager/musician Peter Asher of the hit band Peter & Gordon, who were part of the British Invasion. She is the niece of Jane Asher, the former fiance of Paul McCartney; she is half English.When she was eight years old, she sang on Neil Diamond's Christmas Special albums and appeared on an HBO television taping with Diamond.

She went to NYU to study film. During her time there, she directed her band's music video, “Guilty Pleasure,” and many other music videos and commercials including an iPod commercial. Her previous band was Optimo, which she formed with friends in Los Angeles. She has a career as a solo artist and still writes her own blogs and tour footage montages. Prior to joining Cobra Starship, she worked with directors Michel Gondry and Terry Gilliam on music videos and commercials. She also has a side project called NotInTown with Frank Staniszewski (keyboardist of Big City Rock).

In 2007, she and her bandmates went on the Fall Out Boy headlined Honda Civic Tour, along with +44, The Academy Is…, and Paul Wall. She provided vocals in place of Carol Heller on +44's song “Make You Smile".

In August 2007, a rumor went around that she, Fall Out Boy frontman Patrick Stump, and Ashlee Simpson collaborated on a song that was on Asher's MySpace. Supposedly, Stump played bass and drums, and Simpson helped Asher with the lyrics. However, this rumor was proven false when Asher claimed that it was all a huge misunderstanding. During the Honda Civic Tour, Stump taught Asher how to use GarageBand, which apparently helped her create the song. In the end, Asher made it clear in a blog entry on her MySpace page that she “just didn't want to leave anyone without credit.”

Asher attended high school with Shwayze and photographer Lauren Dukoff. She has a 7-year old Pomeranian named Gizmo. She claims to have been goth when she was younger and liked Marilyn Manson. She joined the band when she ran into Alex Suarez, who plays bass for the band (she previously knew him from an earlier boyfriend), and he mentioned him joining the band. Soon enough, Gabe Saporta, the frontman of the band, was looking for a keytarist and found Asher's MySpace page. Suarez claimed he knew her and got in contact with Asher. However, jokingly, Asher states in her Twitter account bio that she joined the matchmaking website eHarmony and posted a couple of adult pictures, which led her to become part of the band. 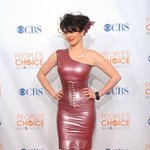 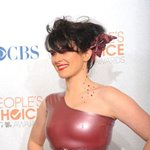 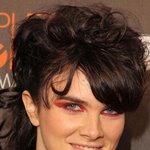 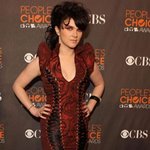 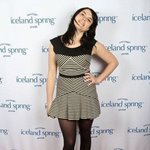 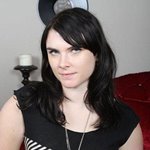 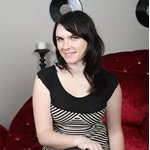 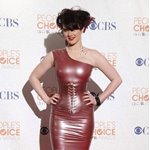