Known to friends and family as Matt Shafer, Uncle Kracker was first known as the man behind the turntables in Kid Rock's Twisted Brown Trucker band. A 13-year-old Kracker first hooked up with the young man who would be Kid Rock back in 1987. The
two met at a Clawson, Mich., nightspot called Daytona's, where Rock was spinning in an all-ages DJ competition.

"He and my brother were competing against each other," Kracker recalls. "They became friends after that, but then me and him became best friends. I was just rappin' back then, and he would record me."

When Kid Rock released his debut album in 1991, he invited Kracker to join his band as the DJ. The only problem was, the fledging rapper had no clue how to work the turntables. But he learned while playing at shows and ended up co-writing and performing on Kid Rock's records, including Devil Without a Cause.

Kracker's debut album Double Wide was recorded at the back of the tour bus during Kid Rock's cross-country treks with Limp Bizkit and Metallica. Kid Rock and the members of Twisted Brown Trucker -- including keyboardist Jimmie Bones, guitarists Kenny Olson and Jason Krause and drummer Stefanie Eulinberg -- all paid visits to the makeshift studio in order to contribute. Kid Rock dropped one of his trademark raps on "Heaven."

Kracker also had to change his name for the album. "I've been Kracker for 10 years," he says, "and when we got the word that I couldn't use it, people suggested 'DJ Kracker' or 'MC Kracker,' and I just couldn't do that ... . Then I was going to meet up with the band in New Orleans, but I got jacked around with my flights and ended up in Nashville. I had something like three layovers trying to get to New Orleans from Detroit! So I was in the Nashville airport, and they've got all these posters of country artists: Hank Williams and Chet Atkins and so on. And I see this poster -- it was Uncle Dave Macon -- and I thought, why not Uncle Kracker?"

The easygoing first single "Follow Me" dominated pop radio in 2000. In 2002, Kracker released the album No Stranger to Shame, which boasted another radio hit, a cover of Dobie Gray's "Drift Away." Gray also appeared on the album, as did Sugar Ray's Mark McGrath. After taking a more country-soul influence for No Stranger to Shame, Kracker performed at Kenny Chesney's show at Neyland Stadium in 2003. He also accepted an invitation to open a portion of Chesney's 2004 Guitars, Tiki Bars & a Whole Lotta Love tour, and sings on the title track of Chesney's 2004 album When the Sun Goes Down. Uncle Kracker's album 72 and Sunny also arrived in 2004. 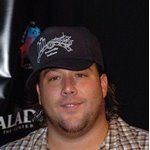 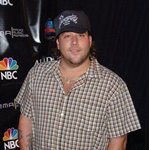 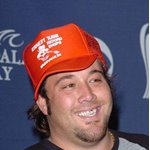 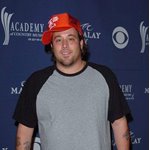 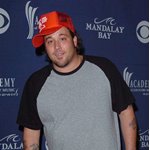