This witty and urbane comic actor was born Leonard Rosenberg in Tulsa, Oklahoma, on February 26, 1920. At the age of 19, he left Tulsa to pursue an acting career in New York. After studying with Sanford Meisner at the Neighborhood Playhouse, Randall made his stage debut in 1941 in Circle of Chalk. Later theatrical appearances were in such acclaimed productions as Inherit the Wind and The Corn Is Green.

After serving with the Army during World War II, Tony began using his talents on radio and television. He landed a recurring role on the early television serial One Man's Family (1950-1952) and appeared with Jack Klugman on Captain Video in the early '50s. A big career break was the role of Harvey Weskit, the history teacher on Mr. Peepers (1952-1955). This show gave him the recognition which eventually led to feature-film work.

Tony's first major cinematic achievement came in 1957 when he played the title role opposite Jayne Mansfield in the legendary Frank Tashlin masterpiece Will Success Spoil Rock Hunter? A couple of years later, he would play opposite Marilyn Monroe in her penultimate film Let's Make Love. In 1959, Randall began filming a string of light romantic comedies with Rock Hudson and Doris Day. These included Pillow Talk, Lover Come Back and Send Me No Flowers.

Although he continued to be seen in the occasional humorous motion picture throughout the '60s, it wasn't until his 1970 return to television in The Odd Couple that Tony achieved widespread fame. It was at this time that the actor began to pop up quite frequently as an entertaining raconteur on late night talk shows.

After The Odd Couple was canceled, he returned to prime time as Judge Walter Franklin on the MTM-produced sitcom The Tony Randall Show (1976-78). Three years later, he played an openly homosexual man on the underappreciated Love, Sidney, a project which Randall has held in high regard as a personal favorite. In the '80s and '90s he has occasionally been seen in smallroles in satirical off-beat films, such as The King of Comedy and Gremlins 2: The New Batch.

Tony Randall has spent most of his time consumed with a pet project which he had been contemplating for decades: the establishment of a national American repertory theater. In 1991, his dream became a reality and the National Actors Theater began presenting Broadway revivals of classic plays at affordable prices. Although Tony's role is primarily executive producer of this company, he has on several occasions performed in his productions. One of those productions, the comedy Three Men on a Horse once again teamed him up with Jack Klugman. 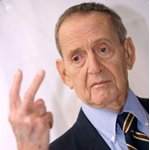 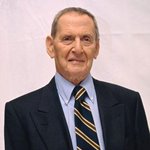 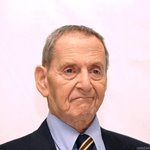 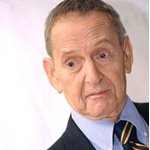 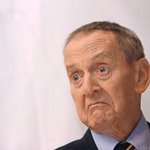