British actor whose greatest success came after 1990 when he moved to the States to play American heavies. He has been a favorite of director Quentin Tarantino.When he was 16 years old, Tim Roth joined a school production of “Dracula” (1977). His next stage experience was in Jean Genet’s “The Screens,” which took place after he left college. Roth then quickly landed the leading role of Trevor, a 16-year old rebellious skinhead, in the TV film Made in Britain (1982).

Roth’s first screen collaboration with actor Gary Oldman, in Meantime (1984, TV), brought the young actor the leading role of hit man Myron in the mob comedy The Hit (1984), where he flourished and took home a Mystfest for Best Actor and a London Evening Standard for Most Promising Newcomer, as well as received a BAFTA Outstanding Newcomer nomination. He then had the supporting role of Edgar Lawson in the TV adaptation of Agatha Christie’s novel Murder with Mirrors (1985, CBS in the U.S.A.) before having the role of Matthew Long in the BBC drama “King of the Ghetto” (1986). Working on Franz Kafka’s novel adaptation, the new actor played a man-turned-beetle named Gregor Samsa in Metamorphosis (1987, TV).

Gathering more notice, the 1985 Evening Standard British Film’s Most Promising Newcomer was seen in such gripping movies as the BAFTA-winning A World Apart (1988), the comedy drama The Cook, The Thief, His Wife & Her Lover (1989, as Mitchel) and Tom Stoppard’s comedy drama Rosencrantz & Guildenstern Are Dead (1990, played Guildenstern, opposite Gary Oldman). After relocating to Los Angeles, California, in 1991, he appeared in Quentin Tarantino’s Reservoir Dogs (1992), as the young villain Mr. Orange/Freddy Newandyke. He also portrayed famous American serial killer Charles Starkweather in the miniseries “Murder in the Heartland” (1993) and rejoined Tarantino in the crime drama Pulp Fiction (1994, had the leading role of small-time thief Pumpkin/Ringo).

Roth introduced himself to an even wider audience with his brilliant performance as Archibald Cunningham in the biopic Rob Roy (1995), where he won a BAFTA for Best Supporting Actor. He was also nominated for an Oscar and a Golden Globe for Best Supporting Actor for the same role. The rising actor, who in 1995 received a San Francisco International Film Festival Piper-Heidsieck award, ensued the victory with an appearance in Everyone Says I Love You (1996, as Charles Ferry), for which he also performed the song “If I Had You” and “I Can’t Believe That You’re In Love With Me.” Following the star-studded gangster movie Hoodlum (1997), Roth starred as an orphan pianist named Danny Boodmann T.D. Lemon Nineteen Hundred ‘1900’ in The Legend of 1900 (1998, also played piano for “Silent Night, Holy Night”).

Roth also presented marvelous performances in the English version of the romantic drama Vatel (2000, as Marquis de Lauzun), the Werner Herzog-helmed Invincible (2001, starred as Hersche Steinschneider/Erik Jan Hanussen), Emmett’s Mark (2002), To Kill a King (2003) and the short film With It (2004, played “Chicken Louis” Farnatelli). However, he did not fare as well in the thriller The Last Sign (2005), where he was cast as Jeremy Macfarlane, an alcoholic and abusive husband. The actor was recently seen in Mark Rydell’s crime drama Even Money (2006), playing Victor.

Roth will be seen on the big screen in David Leland’s romantic comedy Guilty Pleasures (2006) before returning to TV with a part in the upcoming The Aftermath (2006). He will also work again with Quentin Tarantino by appearing in Inglorious Bastards. Roth will seen be seen In the Shadow of Wings and The Death of Harry Tobin (both in 2006). Additionally, Roth is set to take part in the upcoming adventure movie The Other Side, as well as Francis Ford Coppola’s Youth Without Youth, both of which are slated for a 2007 release. 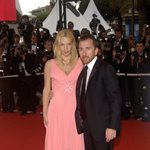 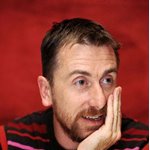 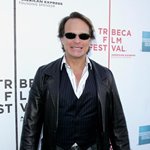 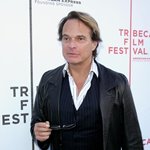 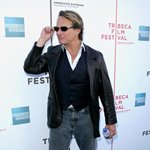 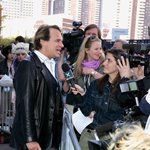 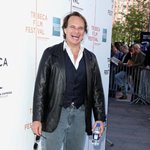 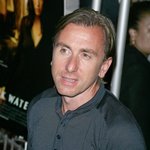