“You gotta do what you’re good at.” Tim McGraw

Having been actively involved in sports and music since his formative years, Tim McGraw eventually bought a guitar at a pawnshop. He performed solo in local nightspots and later left college to go to Nashville on the same day his musical hero, Keith Whitley, passed away. There, he struggled with other hopefuls vying for attention and was eventually discovered while performing in front of a hot dog stand known as HounDogs in Nashville, where many Nashville note-worthies have also played at one time or another.

In 1990, McGraw signed with Curb Records and had his first minor hit released, "Welcome to the Club," from his self-titled album in 1992. The album also spawned other minor hits like "Memory Lane" and "Two Steppin Mind," but failed to even make the charts.

McGraw’s sophomore effort, Not a Moment Too Soon (1994), went on to become the best selling country album that year. The lead single, "Indian Outlaw," written by John D. Loudermilk, was a controversial one and faced a lot of criticism as some have regarded it as patronizing caricatures of Native Americans. Although the song was banned by some radio stations, it reached the country Top Ten (getting as high as #8) and even crossed over to the pop Top 20 (it poled at #15). The controversy also helped spur sales and eventually went gold and silver.

The album’s second single, the ballad "Don't Take the Girl," became McGraw’s first #1 country hit while climbing up to the top 20 on the pop chart and going gold. The album continued to spin off hits with the #2 hit single "Down on the Farm," the #1 title track (in 1995) and the Top Five novelty tune "Refried Dreams." Not a Moment Too Soon was a genuine blockbuster hit and sold over 5 million copies. It also topped both the country and pop album charts and won McGraw Academy of Country Music awards for Album of the Year and Top New Male Vocalist in 1994.

All I Want, McGraw's follow-up album, catapulted him toward stardom thanks to the #1 hit singles "I Like It, I Love It" and "She Never Lets It Go to Her Heart" (went to number one in 1996). It also produced the Top Five hits "Can't Really Be Gone," "All I Want is a Life," and "Maybe We Should Just Sleep On It Tonight.” Released on September 19, 1995, All I Want continued McGraw's run of success. It debuted at number one on the country charts, reached the Top Five on the Billboard 200 and sold over two million copies.

During 1996, McGraw supported the album with an extensive tour across America called the Spontaneous Combustion Tour, the most successful country tour of that year. Faith Hill became his opening act and the two soon fell in love and tied the knot on October 6 that same year.

The next year, McGraw released his following album, Everywhere. The lead single, "It's Your Love" (with Faith Hill), was a massive hit in the United States that reached number one on the Billboard's Country Singles chart and remained there for six weeks. It became McGraw's and Hill's first top ten hit on the Billboard Hot 100 and won Academy of Country Music Awards for Single of the Year, Song of the Year, Video of the Year and Vocal Event of the Year. It was also nominated for two Grammy Awards for Best Country Collaboration and Best Country Song.

The album also spawned the notable songs "For A Little While," "Everywhere" and "Where The Green Grass Grows." Everywhere was another crossover smash, topping the country charts and selling four million copies. The Country Music Association awarded Everywhere its Album of the Year award for 1997. Meanwhile, McGraw also sang a duet with Hill on her multi-platinum 1998 album Faith, which climbed to the Top Five.

1999's triple-platinum album, A Place in the Sun, was another hit, peaking at #1 on the US pop and country album charts and selling three million albums. It delivered four #1 hit singles: "Please Remember Me" (with Patty Loveless), "Something Like That," "My Best Friend" and "My Next Thirty Years." McGraw subsequently spent the Summer of 1999 touring the US with the Dixie Chicks as well as appearing at the George Strait Country Music Festival.

The new millennium saw McGraw with his first Greatest Hits compilation, which topped the charts for nine weeks. He also made another Top Ten duet from Hill's Breathe album, "Let's Make Love," which won McGraw his first Grammy Award for Best Country Vocal Collaboration. After having a brush with the law when he and tour mate Kenny Chesney got involved in a scuffle with police officers and were later cleared of assault charges, McGraw, along with Hill, went on the tour called Soul2Soul Tour. They played to sellout crowds in 64 venues, including Madison Square Garden. The tour was one of the top tours of any genre in the US and the leading country tour during that year.

On November 26, 2002, McGraw and his road band, the Dancehall Doctors, released an album called Tim McGraw and the Dancehall Doctors. Recorded in Scotland, the album spawned the singles "Red Ragtop," "Watch the Wind Blow By," "She's My Kind of Rain" and "Real Good Man," as well as two songs that were in the movie Black Cloud, staring McGraw, which were "Sing Me Home" and "All We Ever Find." It also featured a cover version of Elton John's early 1970s classic "Tiny Dancer.”

"It was like going away to summer camp. You've got all these guys that are your best friends who you've traveled around with forever and you go to the top of this great mountain, with snow outside and fireplaces inside. We were actually giddy about getting there." Tim McGraw (on his band The Dancehall Doctors)

Live Like You Were Dying (2004), McGraw's eighth studio album, added to his commercial success. It debuted at number 1 on the Billboard 200 and was eventually certified 4X Platinum. It was also nominated for 2 Grammy Awards in 2005, one for Best Country Vocal Performance – Male, and Best Country Album. The album delivered number one hits like "Live Like You Were Dying," "Back When," "Drugs or Jesus," "Do You Want Fries With That" and "My Old Friend."

The song "Live Like You Were Dying" is a tribute to McGraw’s late father, former baseball player Tug McGraw, who passed away in January 2004 of brain cancer. It spent seven nonconsecutive weeks at #1 and went on to become the biggest hit single of the year

"We were rehearsing when Tug was sick and he died at the beginning of January. We were in the studio at the end of January and we recorded this around 11:00 or 12:00 at night and everybody just poured a lot of heart and soul into it. I think you can hear that on the record." Tim McGraw (on his song "Live Like You Were Dying," a tribute to his late father)

Meanwhile, McGraw also performed the song "Wherever the Trail May Lead" for the 2004 Disney film Home on the Range. He also made an unlikely duet with rapper Nelly on the soft ballad of lost love, "Over and Over," which became a crossover hit. In June that same year, he was added to the Italian-American Hall of Fame.

On March 28, 2006, McGraw released his second-greatest hits album, Tim McGraw Reflected: Hits Vol. 2. In April 2006, McGraw and Hill began their Soul2Soul II Tour. More recently, on October 17, 2006, McGraw received a star on the Hollywood Walk of Fame. The event coincides with the release of the soundtrack to Flicka, the feature film starring McGraw. In the film version of the 1941 children's novel My Friend Flicka, by Mary O'Hara, McGraw portrayed Alison Lohman’s demanding father. For the movie, McGraw also serves as executive producer of the soundtrack album, which features the closing credit song "My Little Girl."

“It's a challenge. I've been around the music business for a long time now and I've had a lot of chances to do movies. But I didn't really want to do any until I found stuff that started to hit me in the right place. I like the values in Flicka and I wanted to do a movie my kids could see and be proud of.” Tim McGraw

In February 2007, a new CD from McGraw is due to be released. It will feature a cover of the Tony Rich Project's song "Nobody Knows" (which was also a country hit for Kevin Sharp) and a single titled "I Need You," which was recorded with Faith Hill.

"This has been the best time of my life. It's been a time for me to really evaluate where I'm going and what I'm doing, to focus my direction. When you have a family, that changes your whole perspective on what you do and what you want to get out of what you do." Tim McGraw. 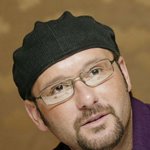 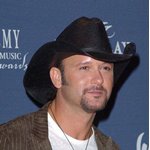 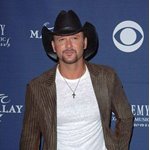 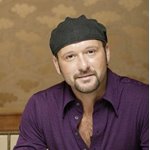 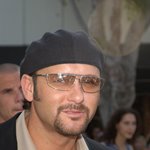 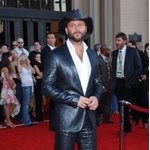 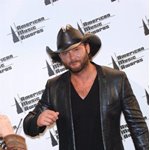 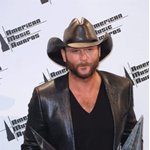 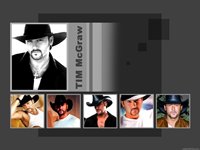 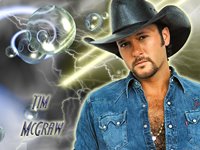 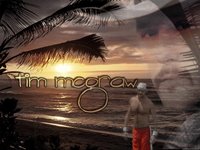 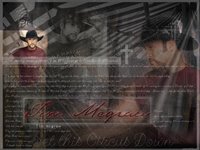 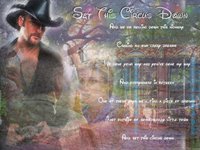 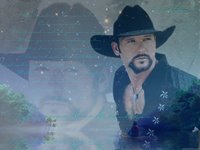 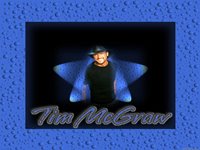 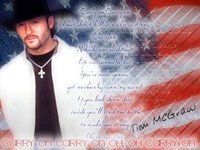 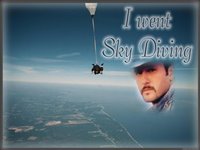